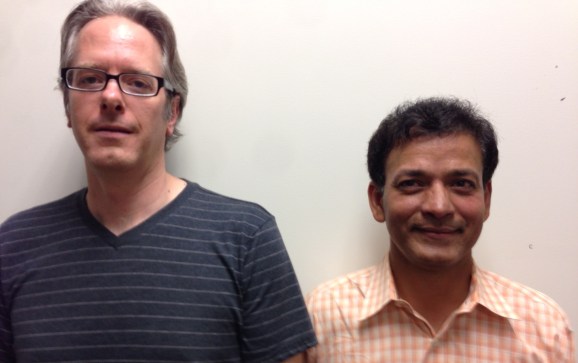 Google Glass has entered the building. But do you know that it’s here?

For the team at Fluke Networks, people wearing Glass in your office isn’t necessarily a good thing. That’s because, to them, Google Glass has the potential to infringe upon your privacy, doing things like recording and videotaping you without your knowledge.

As the the public figures out how Glass fits into society, the Fluke Networks team have been busy. They’ve created what they’re calling a Google Glass threat signature for their AirMagnet Enterprise, a centralized wireless intrusion prevention and detection platform that can map threats on your Wi-Fi channels — and shut down Glass wearers as they attempt to log onto your network.

Fluke will officially unveil AirMagnet Enterprise at the DefCon hacking conference next week.

To be sure, there are no reports of Glass being used in this way.

“We are just starting to see what the device (Google Glass) can do,” Bhise told VentureBeat. “It can shoot high definition video, and pictures, and it’s fairly inconspicuous. So, if you’re looking at me, I actually don’t know if [you are] recording me,” he said.

“People are starting to realize there’s more to it, like utilizing Glass to lift your passwords for example,” he added.

It’s a proposition that gives one pause. Google Glass is already in advanced beta testing with the intelligence division of the New York City police department for surveillance and investigative purposes. The U.S. Airforce is building battlefield apps for Glass. Movie theaters are banning the device across the country.

Fluke Networks’ system may have most value as a publicity stunt. Both men say its not the case, and they see a potential market for AirMagnet as Glass becomes more commonplace and people start tapping its potential — for good and bad.

The technical details of the AirMagnet Enterprise are complex. Using sensors mounted inside a building, the software constantly scans the network, in this case the routine 2.4 GHz and 5GHz bands, monitoring it.

According to Fluke Networks, here’s how it works:

“The system is comprised of the AME server, a centralized management component; SmartEdge sensors that are deployed throughout the wireless network to provide 24×7 security and performance monitoring; and a console, a user interface to the system. In addition to its rich security features, AME constantly monitors the health of the Wi-Fi network to proactively detect evolving problems that can lead to network interruption.”

The work of the sensors doesn’t end there. AirMagnet Enterprise allows the end user to auto-track the individual as they flit from room to room and floor to floor.

“From there, you can also watch it, and also prevent it from connecting to your network,” Rayburn said.