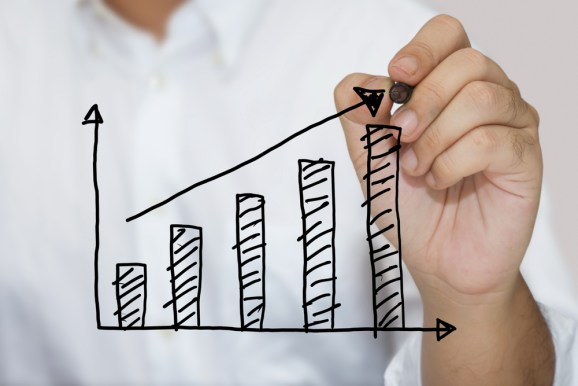 There is an increasingly large distinction between “growth” and “traction.”

While “growth” refers to what’s relevant this week, this day, this minute, it takes “traction” for a company to sustain. This distinction becomes relevant when one considers that doing startups is a binary game and that most fail.

Growth is relatively easy to achieve, as it can be gained through short-term tactics, but sustaining this growth and turning it into traction is a far greater challenge.

The key to traction is repeatability. If you can’t create real sustainable growth over an extended period of time, you aren’t gaining traction. It was at the first Growthathon we did about a year ago where we started meeting growth teams who called themselves “growth engineers,” in order to highlight the repeatability of their growth techniques. Here, we will explore the three steps (acquisition, action, retention) to engineer growth, while looking at some of the top growth teams’ favorite ways to achieve them.

Acquisition: Getting your name out there

While public relations, Reddit, and Hacker News posts might generate short-term bursts in buzz for a company, it doesn’t take long for it to disappear. In contrary, search-engine optimization, search-engine marketing, referral programs, and content marketing have proven to be successful in helping companies acquire users in a sustainable way.

Structure your site with SEO at the forefront of your mind

The key to being successful at SEO is to simply have it in mind as you structure your website. The goal is to have a few precise and specific elements within your site that encourages viewership. The site should contain enough key words to draw people to it, but not so many that it affects the quality of the content. Content is key to any website, because the higher the quality of the content, the lower your bounce rate will be. User interface design is equally as important, as it must be simple and easy to use but also engaging and content-driven.

Social media has a far greater impact on SEO today than it did 10 years ago. This indicates to Google that what you’re doing is “correct or attractive,” and thus it will be more likely to direct users to you. Tomas Dueñas Uribe, winner of multiple global hackathon contests, notes that the most important social media outlets to be aware of are Facebook, because it generates the most virality, as well as Hacker News, which “works as an incredible source for very high-quality visits and critique.” Also using sites like StumbleUpon, Reddit, and Pinterest fundamentally strengthens your growth strategy.

SEM, also known as paid search, costs significantly more than SEO but works well to increase a company’s visibility on search engines like Google. Younger companies don’t often have the budget for SEM, making SEO a more reasonable technique during a startup’s initial phases. However, startups should be forward thinking regarding SEM, because it is a repeatable method for acquiring users that have a clear customer lifetime value, especially for e-commerce companies.

Referral programs: Plant the seeds of growth with people from your own network and community

Because word-of-mouth marketing is so powerful, creating incentive for users to refer others to your company is one of the simplest and most effective growth hacks, which explains why numerous young companies use it. Many, like Uber and Dropbox, use a double-sided incentive program, where the referrer and referred both reap some sort of benefit (money, credit, etc.). Others have a single-sided program, where the referrer is rewarded for the number of people they can get to join. One key to this technique is ensuring that your product is easily explainable. Josh Elman is an expert in product management and growth and has worked for LinkedIn, Twitter, Facebook, and Zazzle. According to Elman, “if you can’t quickly get the point across of what your product does, your users won’t be able to, either, and nobody’s going to go for that.”

The power of this growth tactic comes from the fact that companies already strive to create a platform that users are excited about sharing with friends. On Facebook, users want to see others’ pictures, write on their walls, and tag them. On LinkedIn, people want users in their network to ask for advice and share personal connections. Incentivizing users to refer others to a program gives people more reason to do what they should already want to do.

As display ads continue to lose efficacy and paid search continues to rise in price, content marketing is quickly becoming the new inexpensive, effective and repeatable user-acquisition channel among startups.

Ilya Lichtenstein, founder and chief executive of MixRank, acquired his first set of users through content marketing. He insists that content marketing should begin as soon as possible, even before there’s a product to market. In the case of MixRank, the team noticed that people were curious about competitors’ ad campaigns and had trouble developing successful online campaigns. Lichtenstein and his colleagues began consulting on this issue before MixRank was even a website, and they were able to get a good idea of exactly what people were looking for in this product that they were creating while building up a user base. “If you look at a lot of successful products today, a lot of them have come from bloggers who have been building an audience for years,” Lichtenstein says. “It’s good for customer development and the direction of your product. What you are actually building will depend on [their feedback].”

Activation: Making the User Use

After a user has been acquired, it’s time for him or her to actually interact with the product. A first tweet, Snapchat, or pin on Pinterest are all examples of user activation. Young entrepreneurs are quick to equate acquisition with activation, assuming that just because someone downloaded their app or signed up for their service, he or she will automatically use the product. This leads to many entrepreneurs focusing too much on acquisition and product development, instead of activating the users they have.

John Egan, the growth lead at Shopkick, recommends creating an a-ha moment for users, a moment when they begin to connect with the app on a more personal and emotional level. At Shopkick, one of the ways the team achieves this is by producing an exciting moment the first time a user checks in at a retail store. After he or she makes a purchase, the user sees a lively animation of a bubble popping and exploding with the points he or she earned. “You need to give the user an experience through which they really begin to understand the meaning of your product,” Egan says. “And what they can gain from it.”

Gamification: Turn the conversion funnel into an addictive game

Another popular activation (and retention) technique is gamification. Gamification allows users to interact with a product in a more personal way, by offering a fun and engaging platform. Yukai Chow, founder of Octalysis, notes that human-focused design works by “keeping in mind that people have feelings, motivations, insecurities, and wants. Games provide a means for them to express these things.”

LinkedIn is a terrific example of the power of gamification. When a user signs up, he or she is asked to take the time to create a profile, which may turn them off from the site before they have been activated. In response to this, LinkedIn turned the profile creation process into a game of sorts by increasing the users’ profile strength as they added information to it. It’s what Chow calls creating a state of “winning and addicting,” and it’s a simple, effective growth technique.

Retention: The great secret of growth

It’s counterintuitive to think that the greatest key to growth isn’t necessarily the acquisition of new users, but simply getting the users you have to continue using. You can bring in all the users you want. But if they don’t stick around, you never actually had them to begin with. Young companies should ignore the seductive idea of designing a site with the goal of getting many views and instead focus on giving current users an experience so incredible that they want to use it over and over again.

Akash Garg, a co-founder and former chief technology officer of popular social networking site Hi5, uses a classic growth hack to retain users: email blasts. Garg, a practiced growth hacker who now works as the director of engineering growth for Twitter, believes in email marketing because it is simple and effective.

“Email is useful as a channel to engage your existing users and bring back users who are dormant on your product,” says Garg. “Making sure you invest enough time in leveraging that channel is essential.”

In today’s business world, email is a primary form of communication, allowing people to share ideas and images with one another instantly and without geographic limitations. People are constantly checking their inbox, making it an ideal place for companies to target when they are trying to retain their user base. However, working to ensure that users don’t delete your email or, even worse, unsubscribe from your company’s contact list can be difficult.

“Great content is crucial,” says Garg. Emails that are short, visually stimulating, and contain something valuable for the customer tend to the work the best.

“Traction attracts capital,” says Will Bunker, who co-founded Match.com. And it is this idea that’s at the foundation of a growth engineer’s work. Creating hype around a product or service is fine and good, but if you can’t turn that short-term growth into something more meaningful and long-term, then your business will fail.

The three steps outlined in this article are useful as a starting point. But, as any skillful growth engineer will tell you, adaptation and innovation are key. You can’t respond to every challenge with the same solution. It takes practice and patience to learn the right moves to make and know when to make them.

It’s not easy. But when growth is engineered successfully, the results can be astounding.

Ken Zi Wang is the founder and chief executive of Traction, the easiest way to outsource your marketing team. He is a serial entrepreneur and active speaker on the subject of growth and distribution channels. He previously co-founded the first growth hackathon, Growthathon, and writes at GrowthHelp.

Granger Tripp is an associate at Traction.