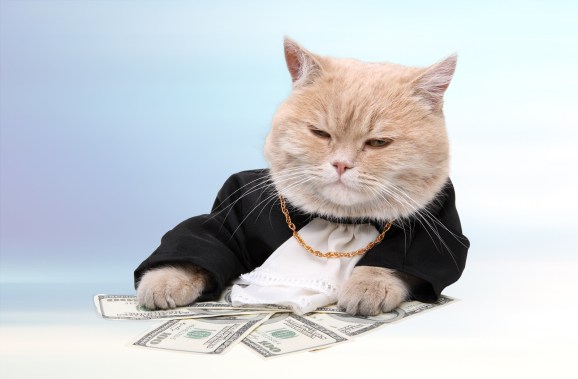 Here’s our roundup of all of the notable funding news of the day:

Accel Partners and existing investors just dropped a new $25 million into Vectra Networks, a security startup deeply connected to U.S. national security officials. Calling itself “the leader in real-time detection of cyberattacks in progress,” Vectra previously raised $17.8 million before it even launched. The startup specializes in enterprise network security.

Bitglass addresses the panic-inducing reality of not being in control of your IT services by inserting itself between employees’ apps and your corporate servers, ensuring that every communication is monitored, encrypted, or redacted — whatever the IT policies require. The startup, founded in 2013 by serial founding CEO Nat Kausik and a trio of experienced engineers, seems to be on a fast track. It just raised $25 million in a second round of capital, bringing its total to $35 million.

Read more on VentureBeat: With a fresh $25M, Bitglass is ready to protect enterprise cloud and mobile assets

Security tech firm Verdasys is rebranding itself as Digital Guardian under new chief executive Ken Levine. He’s also raising a $20 million round of funding. The company is making the announcement at the beginning of the Black Hat security conference in Las Vegas this week. Digital Guardian is the name of Verdasys’s flagship product, which guards data from both outside attacks and internal attacks.

Real estate brokers spend a lot of time looking for potential buyers and sellers, and now they’re putting some big data and analytics muscle into their work. Smartzip Analytics owns a big pile of property and demographic data that can help brokers understand the desirability of a property. The startup already has a list of big real estate firms for customers, including some large real estate portals like Homes.com, ZipRealty, and RealtyTrac.com. And according to a Securities and Exchange document, Smartzip has raised a new $12 million round, led by Crest Capital Ventures.

Canadian cryptocurrency startup Vogogo raised a fresh $8.5 million round of funding led by Cormark Securities, with participation from Salman Partners, Clarus Securities, Beacon Securities Limited, and Canaccord Genuity Corp. The startup’s technology enables you to make cryptocurrency exchange transactions with traditional banks. The startup said it plans to use the new capital to expand into the U.S.

Metanautix, a stealth-mode startup that wants to help companies speed up the process of prepping data for analysis, announced today that it has taken on $7 million in initial funding. The startup’s tools can come in handy to extract, transform, and load [ETL] data, but they can also let people run ad-hoc SQL queries on data, wherever it might live. Metanautix goes out of its way to support a wide variety of data sources, but it can also work in harmony with basic data visualization tools for end users like Tableau.

Nuclear technology firm Transatomic Power has raised a new $2 million round of seed funding from FF Science. The startup, which specializes in nuclear reactor design, said it plans to use the additional capital for bench-top laboratory testing and refinement of the company’s designs and computer models.

Messaging startup Drop Messages has closed a new $1.25 million round of funding led by Atlas Ventures and Spark Capital. The startup’s app enables people to send messages to friends that only become accessible upon arrival at a specific location.