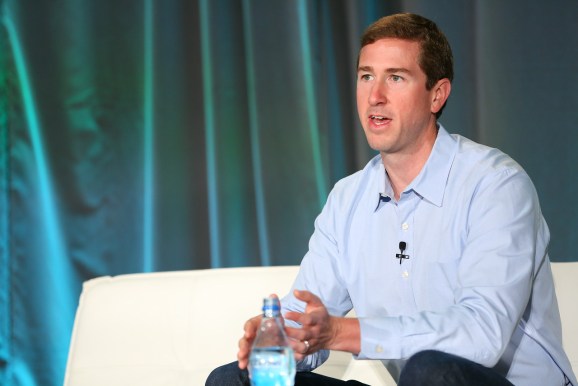 SAN FRANCISCO — Like other technology companies, event-organizing player Eventbrite wants to bring in more revenue. But it’s no longer just waiting idly for people to start inviting people to events and thereby grab money through fees. Eventbrite has stumbled across a genuinely important correlation.

The secret is this: People who attend events also organize events. So the company is trying hard to get ticket buyers to understand that they can — and, of course, should — throw events on Eventbrite.

For instance, the company has directed its analytics team to watch for people’s patterns and trends when it comes to buying tickets. One observation: Once a person attends one event, they could very well attend another.

“That piece of data helped us use better targeted trigger emails once a person has attended two or more events,” Brian Rothenberg, senior director of marketing for user growth at Eventbrite, said at VentureBeat’s 2014 GrowthBeat conference.

Whatever the company is doing on the marketing side, it seems to be paying off. For years the company has been a candidate for an initial public offering, and it now boasts a valuation over $1 billion.

The connection between event attendance and event organizing has directed plenty of the company’s efforts to design the site. For instance, on Eventbrite’s order confirmation page, there’s “a very large call to action,” Rothenberg said, that can tell you if five of a person’s friends use the site to organize events. That data comes from Facebook. Altogether, the feature can “dramatically increase conversation rates.”

Not that the site has been static all this time. “My team on marketing side ran 127 A/B tests” to see what leads to conversions,” Rothenberg said.

And knowing what it knows, Eventbrite is experimenting with old-fashioned ways to reach out to people.

“We’re even testing outbound phone calls to people,” he said. “When behavior deviates from past behavior, we [can] reach out to them.”

For a company as mature as Eventbrite, then, it’s less about acquiring lots of new users and more about making the most of current ones. And to do that well, it’s critical to know what leads to the best results.

Asked to give one piece of advice, Rothenerg directed the audience to have a “ruthless focus on what’s important.”