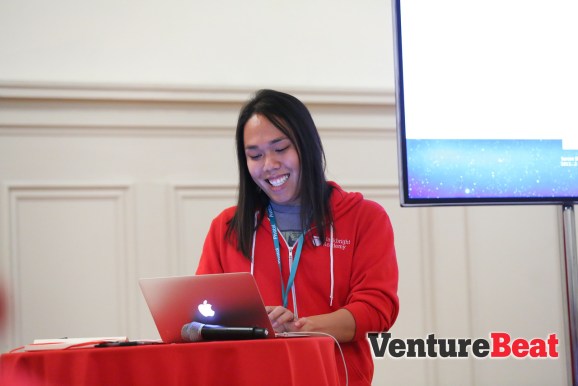 Python Obscura was the theme of the Hackbright-led Master Class at DevBeat 2013.

Bootcamp school-finder Course Report commissioned a survey of 432 bootcamp graduates and found that the average salary of those who enrolled in such bootcamps increased 44 percent ($55,000 to $85,000) and full-time employment jumped 26 percent [PDF].

More interesting is the fact that 69 percent of respondents who reported starting out with no programming experience ended up with a full-time job in tech.

The unemployed are turning to a new cottage industry of programming education bootcamps to get in on the lucrative tech market. Dev Bootcamp, General Assembly, and Launch Academy are among a new breed of schools that charge students around $10,000 and promise gainful skills in only a few (intense) months of instruction.

“I had zero programming experience, went to DevBootcamp, landed a first software engineer job at Ancestry.com for one year, and I’m now working at Uber,” engineer Guillaume Galuz told VentureBeat via email.

Of those without a college degree and with no coding experience prior to their bootcamp, 71 percent now have a full-time programming job.

The rest of the report’s conclusions need to be taken with a big grain of salt. Course Report has a vested interest in the outcome of the survey. Additionally, it’s a highly unusual sample: Only 48 percent of the students had a full-time job prior to joining a coding camp. That compares to the full-time employment rate for college grads of 85 percent for those who graduated in 2008.

Given the dire straights of the survey population, it’s easy for most any schooling to show a big positive impact.

Unlike massively open online courses (MOOCs), some of these bootcamps also offer leadership training and job counseling to nudge reluctant students into graduating. However, they are much less flexible than online courses and a lot more expensive (MOOC provider Udacity is about $150 per month).

But this is the first report I’ve seen on the new crop of tech-focused, in-person vocational schools. It’s a promising sign that these high-intensity training camps can produce coders super quickly and for relatively little money.