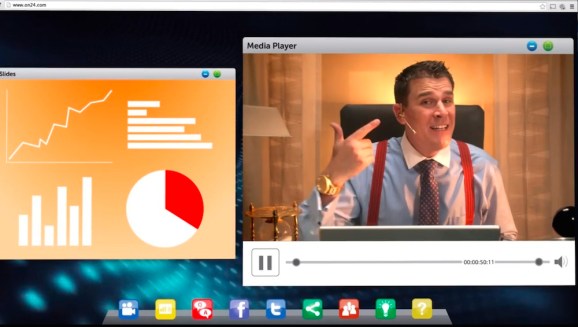 The majority of people don’t really care that much about which collaboration tools they use while at work, including those in charge of picking out a particular service. So how do enterprise software companies like On24 drum up attention to their webinar platforms?

By rapping, of course.

On24 hired well-known YouTube creator DJ Dave (of getting real in Whole Foods parking lot fame) to create a music video in which he weaves all of the most cringeworthy marketing buzzwords into a semi-coherent rap song called “This is How you Webinar.” And as a bonus, it even features a cameo appearance by Waymond Lee, who is a regular on Comedy Central’s Workaholics. (It’s a bit weird because Lee is talking in the music video, which is something you rarely if ever hear him doing on Workaholics.)

The company doesn’t just plug the music video, though, as On24 actually integrates the entire “webinar rap” theme into a product pitch splash page. It’s nice to see that a few enterprise-level companies aren’t afraid to fully commit to a ridiculous marketing campaign like this.

Anyway, the rap is amusing, especially for anyone that has to use words like “lead generation,” “guru,” and “core competencies” in conversations during the work day. (Plus, it’s Friday, y’all.) Check out the video embedded below.