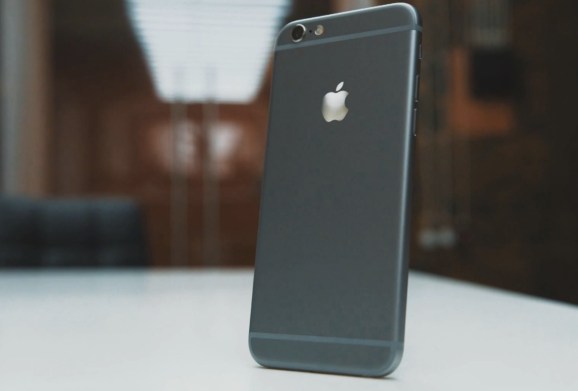 A purported 4.7-inch iPhone 6 mockup put together from a variety of leaked parts.

All the conversation about the NFC (near field communication) chip in the iPhone 6 has so far centered around enabling mobile payments. But that’s not all we should be talking about.

NFC is a technology standard that specifies a set of radio frequencies used by two devices in close physical proximity to exchange files and data. VentureBeat reported in June that an NFC chip will (finally) be included in the iPhone 6, which will be unveiled September 9. The chip will be made by NXP, our source says.

More recent reports cite sources saying that Apple is also partnering with MasterCard, Visa, and American Express — companies that have already sold their (NFC-compatible) payment technology to merchants. But even with Apple enabling payments on the phone, there’s no guarantee that merchants will get behind the technology. In fact, some merchants have already come out against it.

However, if mobile payments don’t take off right away, there will still be a couple of cards for Apple to play. As it turns out, mobile payments may be the least interesting thing the NFC radio in the iPhone 6 does:

Peer-to-peer mode allows one device to quickly pair with another powered device to exchange files or data. The data can be exchanged via NFC or by Bluetooth Low Energy, which the iPhone 6 also supports.

Right now, Beats has two products that have an NFC chip inside — the Pill speaker and the Pill XL speaker. (Beats also has a line of wireless headphones, but a Beats spokeswoman points out that NFC chips are presently not being built into them.)

As iPhone users don’t know, users just tap the their phones against the Beats device to instantly pair. People who use Android or Windows phones can already tap to connect with those devices. And pairing using NFC is far easier than the multi-step process of Bluetooth pairing, which can be frustrating and time-consuming … and sometimes doesn’t work at all.

Now that Apple has acquired Beats, it would be embarrassing for Apple not to include what Beats already calls the “tap to pair” functionality in the iPhone 6.

A VentureBeat source with knowledge of Apple’s plans said earlier this summer that Apple has been working on the Beats pairing function but was unsure if the function would ultimately be included in the iPhone 6.

“If there is an NFC chip in the phone, it would certainly seem like a natural use case,” says Current Analysis analyst Avi Greengart. “It would be a software tweak that they would do with their headphones division.”

“If they don’t do it right off the bat, I would certainly expect them to do so in the future,” Greengart says.

However, Gartner vice president and research director of mobile and client computing services Van L. Baker doesn’t believe the NFC chip will be included in the new iPhone.

“I almost hope they prove me wrong,” Baker says. He adds that if all the reports of an NFC chip in the new phone are true, it would make sense for Apple to include tap to pair with Beats products.

A more functional use of the peer-to-peer mode involves printing. Many printer manufacturers are now baking an NFC chip into their products. This would let iPhone 6 users tap a printer to send a document for printing.

It might also enable simpler file exchange between two iPhones. Today Apple has the AirDrop peer-to-peer file sharing feature in iOS 7, but that is a closed, proprietary technology that isn’t available to developers. An NFC approach might be more open to them.

For example, if an NFC tag is attached to a poster, an NFC smartphone can “tap” the tag to access the information stored there. The phone might then display a map to a store, product information, and even a link to a “buy” page.

In another example, a person could touch their iPhone 6 to a food package and instantly see its ingredients and nutrition information.

This could be a very useful for developers if they are allowed to leverage the NFC feature with their apps, and they surely would be. For example, a diet app could help the user track all the ingredients being ingested throughout the day, based on information gathered from NFC tags.

The tags are really no different than a tiny RFID chip, but they are cheap enough to be put into almost anything. This will likely become a permanent replacement to the QR code, which required using the camera. QR codes never caught on outside of nerd circles anyway.

Mobile payments might not be a killer app in the U.S., but they are a very big deal in other markets.

A source told VentureBeat that one of the main reasons Apple is baking the NFC chip into the iPhone 6 is because the feature is crucial to selling in the Chinese market: In China, consumers are accustomed to using their phones to pay for public transportation — and the Chinese market is very important to Apple’s bottom line. Without NFC payments built in, iPhone 6 sales in China will suffer.

When we find out on September 9 what’s in the phone and what isn’t, it’s possible you’ll never hear Apple say the word “NFC” once during the presentation. You may hear special new Apple brand names affixed to magical new features enabled by the chip, like tap to connect and NFC tag reading. That’s just how Apple rolls.

There’s also a distinct possibility that Apple has dreamed up some cool NFC use cases that haven’t been thought of before.