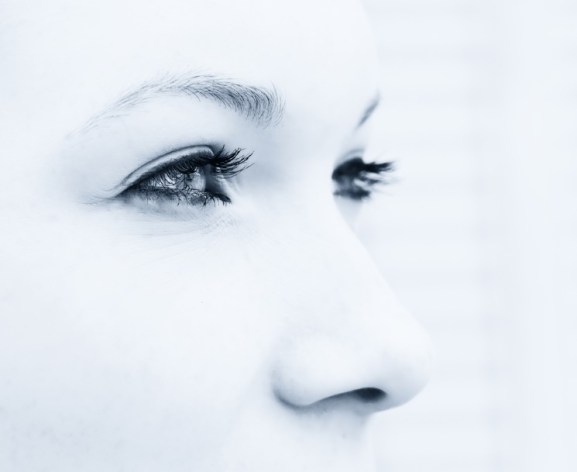 The following post is an excerpt from the upcoming book Innovating Women: The Changing Face of Technology by Vivek Wadhwa and Farai Chideya, crowd-written by hundreds of women working in STEM fields, which debuts Sept. 9.

I discovered the theory of disruptive innovation in 2004, when I heard Clayton Christensen speak about “The Innovator’s Dilemma.” As a sell-side analyst at Merrill Lynch, covering telecom and media in the emerging markets, I immediately recognized that Christensen’s theory explained why mobile penetration was repeatedly beating my estimates — mobile was disrupting fixed-line telephony.

The more familiar I became with Christensen’s frameworks, the more I was convinced that these ideas were just as applicable to individuals — and to me, in particular — as they were to industry. At the time, I had been an institutional investor-ranked sell-side analyst for nearly a decade. I was at the top of my game, but I wanted to make more of a dent in the universe.

Theoretically, if I stayed at Merrill Lynch, that wasn’t going to happen. To upend my status quo, I would need to play where no one else was playing.

Within a few months, I quit my job to become an entrepreneur. Many colleagues questioned my sanity. For me, getting to that place of power and respect was hard-won. I had started out as a secretary, moved up the food chain into investment banking, and became an award-winning analyst.

Why would I walk away to try my hand at writing a children’s book and produce a reality TV show about Latin America? (Neither of which happened, by the way.) Instead, I ended up blogging about work/life issues for Harvard Business Review and cofounding an investment fund with Clay Christensen. To colleagues and friends, these career moves might have seemed wanton, but when you considered them within the framework of disruptive innovation (the most successful innovations are those that create new markets and value networks, thereby upending existing ones), my career switch made perfect sense.

Lest you think my entrepreneurial stint had been one straight shot up the y-axis of success, let me set the record straight. There have been many times when it was lonely and scary. After the adrenaline rush of quitting my job in 2005 wore off, there were days when I felt a total loss of identity. I could no longer call people and say, “Whitney Johnson, Merrill Lynch.”

Those words used to validate me. Now it was just “Whitney Johnson,” and sometimes that wasn’t enough. There were days when my P/E (Puke/Excitement) ratio was so uncomfortably high that it felt like I was on a thrill ride to zero cash flow — as when I backed a business in 2006 that was initially successful, but then failed miserably. Almost by definition, there was that sense of unfamiliarity. If you were playing where no one else was playing, at the outset you felt completely alone.

I was confident that many women who were pushing the envelope of innovation, especially in science and technology, had similar feelings. Between 2000 and 2008, there was a 79 percent decline in the number of incoming undergraduate women majoring in computer science. In 2009, 57 percent of college grads were women, yet only 18 percent of them had computer science degrees. Our society was continuing to project a message that women wouldn’t fit in or didn’t have a place in technology. The entrenched stereotype of a “coder” was the geeky white male. It wasn’t easy to fight stereotypes, but doing the unexpected was exactly what disruption was all about.

Our world will continue to be driven by technology, and we simply cannot afford to leave women out in the cold. Women bring unique talents and perspectives to the table in any field, but they are particularly vital to a world of invention and innovation shaped by technology. What amazing products, processes, and bold leaps of thinking would we all miss out on if women couldn’t choose to disrupt the status quo? What if we were forcing some of our most brilliant minds away from technology? I personally do not want to live in a world created entirely by men!

Though it might be lonely and scary, here are three good reasons for disrupting yourself:

1. If, in the deepest part of your nature, you know that you must disrupt and you don’t, you’ll die just a little inside. Hence, what we call the Innovator’s Dilemma — whether you innovate or not, you risk downward mobility.

2. The odds of success are six times higher (up from 6 percent to 36 percent — so you still might fail, but the odds are tilted significantly in your favor) and the revenue opportunity is 20 times greater when you pursue a disruptive course.

3. As a woman, you have a disruptive edge. When conducting research on why women changed jobs more successfully than men, Harvard Business School professor Boris Groysberg learned: “Women build networks outside their organization that remain intact when they leave. … Not because women set out to [do this], but because they are often marginalized, left out of the internal power structure … they build external networks out of necessity.” In other words, women instinctively know how to play where no one else is playing.

Bottom line: If you want to unleash innovation, hire a woman. Better yet, invest in or start up a woman-led company.

According to a Dow Jones study, successful venture capital-backed companies have, on average, two times more women in the highest ranks. Indeed, these companies have a greater chance of either going public, turning a profit, or being sold for more money than they’ve raised.

We give a lot of airtime to building and buying disruptive companies. But I believe that harnessing this powerful mindset begins with the individual: Companies don’t disrupt, people do.

If you really want to disrupt the status quo, follow the advice of former British Prime Minister Margaret Thatcher, and “go ask a woman.”

Whitney Johnson is the cofounder of Rose Park Advisors, an investment firm built on the principles of disruptive innovation. She is a regular contributor to the Harvard Business Review, a TEDx speaker, and a prolific tweeter on startups and investments.

This excerpt is published with permission from Diversion Books. All rights reserved. No part of this excerpt may be reproduced or reprinted without permission in writing from the publisher.