CUPERTINO, Calif. — Apple today released the new iPhone 6, along with the larger iPhone 6 Plus. And after the long, and product-packed, two-hour presentation, I managed to get a good look at both the iPhone 6 and its bigger brother, the iPhone 6 Plus.

I was impressed with both phones, although I still prefer the smaller iPhone 6 with the 4.7 inch screen. Apple managed to hit a sweet spot between the screen size of its older phones, and the larger screens that are better suited to video and gaming.

But to each his own. Samsung has proven that there is a strong market for phones that are somewhere in size between the smartphone and a tablet, in other words a “phablet.”

Related: Apple gets even more personal with the Apple Watch (hands-on preview)

I also note that the aesthetics of the new phones’ design also seem to have borrowed some flavor from Samsung. The iPhone 6 still has the pretty brushed metal look, but the flat surfaces on the edges of earlier iPhones have disappeared. They’re rounded, like that of the Samsung Galaxy Note and others.

Beyond all the design issues, I was pleased, as were most analysts, with all the new and upgraded features contained in the new phone. Compared to past releases, the iPhone 6 is a sizable leap forward.

Since we already knew a lot about iOS 8 (it was announced in June), I focused mostly on the hardware. Here’s the walk-through: 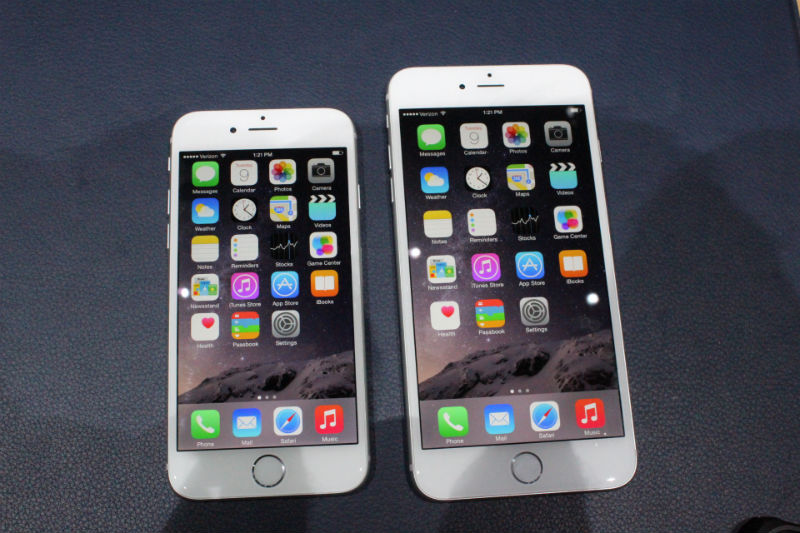 Many of the things we predicted would be in the product turned out to be in there: the faster LTE and Wi-Fi radios, A8 chip, new NFC chip, larger and harder screen, better battery life, and improved camera.

The one thing we had hoped for but did not get was wireless charging. That may come in the next release if Apple feels that the technology has matured enough.

Here’s a quick video walk-through of the long-awaited iPhone 6, shot at the Apple event today:

And here’s a clip of the larger iPhone 6 Plus:

We’ll be getting the new iPhone 6 at least by September 19, and we’ll be doing a full review.