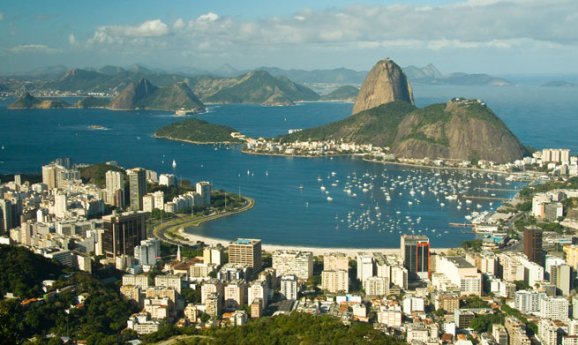 Seaborn Networks and Alcatel Lucent are taking their broadband and data concerns underwater.

Under the Atlantic Ocean, to be specific.

The two companies are planning the first-ever submarine fiber optic cable connecting Brazil to the U.S. The cable, which will run from the Brazilian city of Fortleza, on that country’s Eastern coast, to Wall Street in New York City, will help handle the increasing data flows between the two nations.

The cable, called the Seabras-1, is being developed by John Schwartz and his team at Seaborn. Seabras-1 will transmit data, including cell traffic and digital feeds, at 60 terabits per second.

“Seabras-1 is an important catalyst for the continued expansion of affordable broadband penetration in Brazil and the region,” Philippe Dumont, President of Alcatel-Lucent Submarine Networks, said in a release. “The system will support a wide variety of global communication services for consumers and businesses throughout South America.”

Scwhwartz, Seaborn’s chief executive, did not respond to messages for comment.

Seabras-1 is not the only fiber optic cable currently under construction. Google and a consortium of Asian firms, including NEC Corporation, China Telecom, KDDI, SingTel, and others, are now building FASTER, a $300 million undersea fiber optic cable that will connect Japan and the United States.

Like Seabras-1, FASTER is being built to handle the increasing data loads between the two allies. FASTER’s entry points into the Pacific will include San Francisco, Los Angeles, Portland, and Seattle.

Speculation is also rampant that the National Security Agency has plans to tap the cable to intercept the data flows. Google is working hard to try and ensure that doesn’t happen.

Alcatel-Lucent, headquartered in France, said Seabras-1 will encompass a 100G “wet plant” of cable and high bandwith repeaters, power feed equipment, and what is called a 1620 Light submarine line terminal equipped with advanced technology. LIke FASTER, Seabras-1 will be ensconced in a kevlar-like protective sheath.

While Seaborn Networks is the one developing, and, ultimately laying the cable, Alcatel-Lucent is responsible for its overall design and management, which is slated to become operational in 2016.

Microsoft is also a partner in the Seabras-1 project. Financial cost of the pipeline hasn’t been disclosed.

“We are excited to work with Seaborn to expand our ‘mobile first, cloud first’ experience in Brazil,” Vijay Gill, Microsoft’s GM for global networking, said in a release.

“Seaborn and Microsoft share a common desire to deploy secure infrastructure and to further accelerate the availability of cloud technologies in Brazil and throughout Latin America.”