Physicians and digital health experts are encouraged by the level of accuracy suggested by the Apple Watch’s sensors but are still left wondering how data collected by the device might help doctors improve the wellness of patients.

At the Apple Watch announcement in Cupertino Tuesday, Apple CEO Tim Cook said the Watch will “greatly improve the way we keep track of our activity and change how we look at fitness.”

The device, which is due to ship next year, will track metrics like movement (steps), duration, speed and distance, intensity (as measured by heart rate), time standing, and calories burned, but probably not things like body fat or individual fitness capacity. Users will be able to set their own workouts, including the duration, intensity, and desired calories to burn.

The real question many in health circles are still asking is how serious Apple really is about moving the dial on the overall (poor) health of people in the U.S. Several people developing apps for the Apple Watch believe Apple intends HealthKit, its fitness device integration and consumer health data aggregation platform, to act as a “membrane” between the world of consumer fitness devices and the healthcare system. 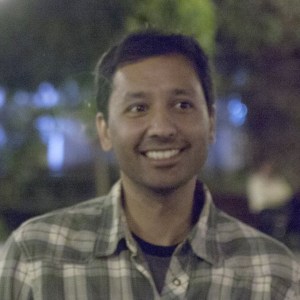 HealthKit, Apple says, will allow third-party app makers, and potentially healthcare providers, to import personal health data from a wide range of health wearables and use it in their own apps (with the permission of the user, of course).

“If they get some scale, from a digital health perspective, it’s exciting to think about tens of millions wearing continuous monitoring devices. Ultimately, we want to see the Health app populated with lots of user-generated data and to see users provisioning access to that data through HealthKit to the broader ecosystem of software,” he said.

But Apple didn’t mention the word “HealthKit” at the big show in Cupertino Tuesday. And there were no doctors on the stage.

“Apple — innovative as they may be — will likely not be a major driver of change in healthcare,” Welltok chief executive Jeff Margolis told VentureBeat. Welltok offers a platform that payers, health systems, and other population health managers use to connect with their members.

“They will make personal health technologies more ubiquitous and cheaper, and they will drive access and interest in people capturing their own health data, but then what? People are generating a ton of data, but it’s not connected to their benefits or the healthcare system . . .” Margolis said. “Companies like Apple are bringing gadgets to the masses, but they are not driving fundamental change or reducing costs to the system.” 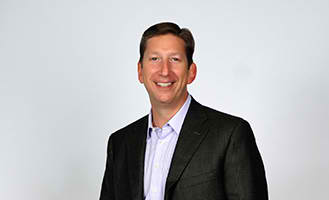 It may be that Apple is keeping its grand plan for health behind a curtain until next year, when the Watch becomes available. For now, observers can only watch for signs and signals.

One of these signals is the set of sensors on the back of the Apple Watch.

Here’s how Apple’s design chief Jonny Ives described them (in his faux-awestruck British patter) in a video presentation Tuesday: “The Zirconia back has four sapphire lenses. Infrared and visible light LEDs, along with photo sensors, detect your pulse rate. Using its gyroscope and accelerometer, and the GPS and Wi-Fi from your iPhone, the watch provides a comprehensive picture of your daily activity.”

Reports before the launch said the watch would contain 11 sensors in the band, allowing for a wider range of biometrics measurements. But the inclusion of both visible light and infrared sensors suggests a focus on accuracy, something badly lacking in other consumer health wearables.

“Somebody did some deep research on that and invested a lot of money in it,” said Neurotechnology CEO and sensors expert Zack Lynch. “The sensors in the Watch might be good for wellness apps because they focus on measuring something so precisely,” Lynch said. “Now that it’s out, there’s a great opportunity for developers to create apps that find interesting things with a combination of the various sensors on the watch.”

Tissue hydration, for example, could possibly be measured using the Watch’s infrared and natural light sensors in concert. “[The watch] might be used to measure things like tremors in people with Parkinson’s Disease, Lynch added.

The doctors I’ve talked to are intrigued by the sensors. 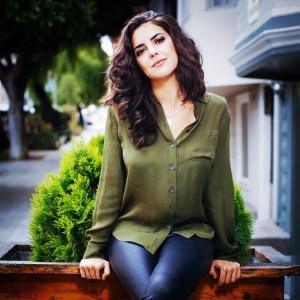 “The heart rate sensor is provocative,” Bay Area physician and digital health startup advisor Molly Maloof told me. “I’m curious to learn more about this. I would like to know if it measures heart rate while you are in motion or if you need to pause for it work accurately. Right now, even the Basis band can’t do this.”

“For everyone out there wondering if this will measure heart rate variability, I’m guessing this is a possibility because other wrist HR sensors claim to do this,” Maloof said. “But, there aren’t any public press releases that they are aiming to do this, so it’s still a question.”

Heart rate variability measures the minute variances in the time intervals between heart beats. This can provide doctors (and, potentially, app makers) with special insights into the patient’s health.

“My overall impression is that it looks like a really cool consumer product that could very likely be the most engaging sensors created so far,” said Bob Kocher, a partner at venture capital firm Venrock. “If people love it and use it, then it will prove to have many useful clinical applications — especially because Apple is now allowing apps to share data [with other health apps, via HealthKit], which will help clinicians better understand their patients and their data.”

“Obviously a ton will depend on how accurately the watch measures biometrics,” Kocher says. “I am optimistic and am certainly going to buy an iWatch to see for myself how well it works.”

(Note: Like many people, Kocher is calling Apple’s watch an ‘iWatch,’ even though the official name is just Watch.)

It’s probably safe to bet that the Watch’s sensors will be accurate, but there are limits to the breadth of measurements the watch will be able to provide. 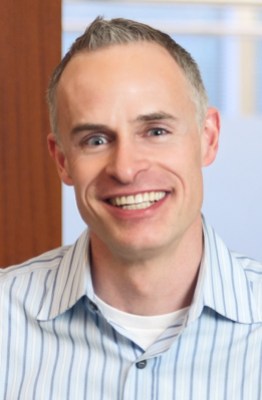 “As a physician, I like that it can track heart rate during exercise and can give me an indication of how often a patient moves,” said cardiologist Samir Damani. “Other metrics, though, like body fat, weight, blood pressure, and blood sugar levels are meaningful to me in order to get a true picture of a person’s current health status. The iWatch does not track these; I’m not sure how it could either.” Damani is the founder of MD Revolution, an app that will present HealthKit data in meaningful ways to physicians and other caregivers.

In the wider view, there aren’t many brands in the world with as much cache as Apple. The fact that the company is focusing on health and releasing products with new health features is a big deal. But ultimately, the Watch is not a “fitness device.” Like the iPhone, it does a lot of things: It’s a payments device, a communication device, (probably) an entertainment device, and perhaps most importantly, it’s a piece of jewelry, a fashion device.

And as Healthtap’s Ron Gutman points out, it doesn’t even matter which of these “devices” people believe they’re buying when they lay down the plastic. The health stuff is in there, and people might use it.

“The best medical device on the market today is the iPhone, and it’s precisely because it does so many things,” Gutman said. “That’s the beauty of having a piece of bling that does all these other things — oh, yes, and by the way it has these health features.”

“But the important thing is that they have the muscle to get wide distribution,” Gutman said. “None of this is new technology, they just package it all together very well. Apple has the cache and cool factor to get a lot of people to use the device, which is high-utility and high-appeal. They can be fantastic enablers.”