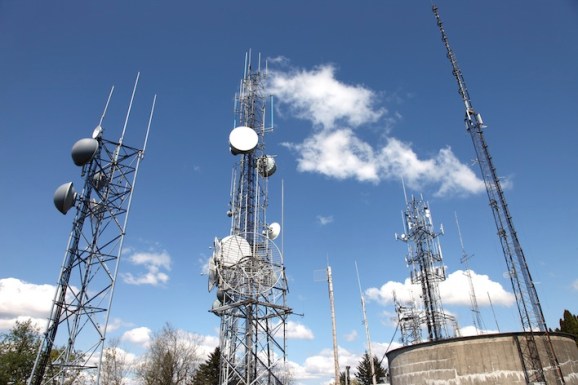 The perplexing mystery of a new breed of suspicious cell towers cropping up across the country may have been solved — at least partially.

This new breed of cell tower, which has baffled intelligence experts, law enforcement watchers, and communication rights advocates, apparently host what are called “Stingrays,” that is, IMSI catchers (International Mobile Subscriber Identity, i.e., a unique identifier attached to every cellphone).

That’s what sources told VentureBeat Wednesday. According to those sources, the Stingrays are produced by Harris Corporation in Melbourne, Florida, a huge international information technology company that employs 14,000 and produces secure communication gear used by the U.S. military and the intelligence community, among others.

IMSI catchers work by obtaining the cell number of those being targeted in criminal and intelligence investigations. The Stingray then mimics the nearest cell tower, so the targeted phone communications are rerouted through the Stingray instead.

This kind of intercept is also known as a “man in the middle,” or MITM, attack. And the technology is in demand by local law enforcement agencies and the FBI for use in sensitive investigations where intercepted cell calls can help make, or break, a case. Former intelligence officials confirmed their use but noted that criminals also have access to the technology.

A Harris spokesperson declined to speak on the issue when I contacted him by phone.

“I don’t think I’m going to be able to help you with that story. Sorry,” Harris Corporation spokesman Sleighton Meyer told VentureBeat before hanging up.

A former National Security Agency official, with knowledge of how Stingrays work, called Harris’ response to my questions a “big red flag.”

“I came across Harris products when working overseas, and the stuff I saw was reliable,” this source said. “If I’m not mistaken, the Marines also use their secure radios to talk back and forth in the field too.”

The Stingray towers, spotted across the country have recently come on the radar screen of people who pay attention to cell technology. And my colleague Barry Levine, who covered the topic earlier this month, reported today that they’ve most recently been spotted in the D.C. area.

It’s possible, the former NSA official said, that the Stingray towers are being used by local law enforcement who lack the technical know-how of his former agency — but not by the NSA, who can collect cell traffic through more covert means, away from the prying eyes of a suspicious public. This source said that, at this point, organized criminal groups could be using them and pointed to criminal organizations like drug cartels, who have used Stingrays to target police communications in areas where they operate.

Above: ESD America’s map of the interceptors discovered so far

The Federal Communications Commission formed a task force in early August to look into the mystery.

In fact, the FCC launched its investigation to study how operators are using them against targets in the U.S. FCC chairman Tom Wheeler said in a letter earlier in August that his agency has the authority to study the the issue in order to ascertain who’s using Stingrays illegally and for what purposes, the Washington Post reported.

“I don’t buy that the (U.S.) government is behind this,” a second intelligence source said. “Given the proximity to the Mexican border, it could be the cartels, who are into comm intercepts. It’s a good way to do it.”

Both sources pointed out that law enforcement agencies also have access to cell phone traffic by securing simple warrants under the Communications Assistance for Law Enforcement Act, or CALEA, which became law in 1994 under the Clinton Administration.

Because of CALEA, telecommunication companies and equipment producers are required by law to modify products like smartphones to ensure they incorporate built-in capabilities for covert surveillance devices, like geolocation trackers.

This means that getting warrants, and siphoning the target’s communications, is done quietly and without the need for Stingrays … nor huge towers set up on hillsides you drive by everyday.

According to the second former intelligence offical interviewed for this story, it’s not the cops and the FBI who are behind the towers, but people with more nefarious intent.

“They wouldn’t go and set up a fake cell tower,” said the first source, who spent years doing communication intercepts for the NSA. “What you do on these types of jobs is you go to a judge, get a warrant, and then go suck up the telecommunications from that given system. And this can also be done, remotely, with computers. But you still need a warrant,” this former NSA official said.

So this mystery is closer to being solved. Or maybe not at all.