Phablets are the parachute pants of our time.

Bear with me: Before parachute pants infiltrated popular culture and became a fad, they were a hit with break dancers for their flexibility and ease of use. But eventually, they were worn by people who would never be caught dead break dancing. It became more about style than function.

Like any regrettable fashion trend, plenty of people partook in the parachute pants trend, though few would admit it today.

And so here we are with phablets like Apple’s iPhone 6 Plus ($299 on contract) — giant smartphones that are so big they might as well be tablets. For some people, especially tech fanatics and hardcore multi-taskers, their appeal seems obvious: A bigger screen! Longer battery life! Yet another way to separate you from the pack!

For those folks, the downsides of owning a giant phone — difficulty fitting into pockets, issues holding it comfortably, and an inescapable dorkiness — are worth the benefits. But I don’t think that’s the case for most consumers. It’s also not a trend that will age well, as our computing habits and the devices we rely on evolve.

With the iPhone 6 Plus, it’s hard not to feel flashbacks of ill-begotten trends.

A big iPhone? Or a tiny iPad?

For the most part, the iPhone 6 Plus looks like a blown-up iPhone 6 (read my full review of that model here). They both share the same basic design, with new rounded edges, metal on the rear, and screens that curve slightly to meet the edges of the phone. But while the iPhone 6 feels like a natural evolution of the iPhone 5S design, the 6 Plus feels like another beast entirely.

Even sitting still on a table, it looks imposing. Pick it up in your hand, and you’ll likely experience a range of emotions: It’s so big! But it sure is hard to hold. And how am I supposed to walk around with this in my pocket every day?

In my time with the iPhone 6 Plus, I never found it very comfortable as a phone. And it’s not as if I’m unused to phablets, I’ve tested all of Samsung’s Galaxy Note models, as well as others like LG’s recent G3. I’ve liked some phablets, but I’ve never loved any. (And no, I don’t have small hands.)

Forgoing the lessons learned by other giant smartphone makers, Apple didn’t do much to make the iPhone 6 Plus easy to hold. Samsung’s Galaxy Note line has gotten progressively easier to grasp because the company has slimmed down the bezel around the screen, and its home button is just a thin horizontal bar. LG chose to make the G3’s front all screen, without any physical buttons.

Apple, on the other hand, needed to leave room for its round home button and Touch ID sensor, which leaves a lot of empty bezel at the bottom of the phone. The top of the phone also mirrors the bezel on the bottom, owing to the front-facing camera, speaker, and perhaps Apple’s own desire for balanced design. All of this makes for a phablet that’s even taller and harder to hold than Samsung’s most recent Galaxy Notes.

Pulling out the iPhone 6 Plus to look up directions while walking down the street is an exercise in frustration, as you need two hands to properly balance and operate the phone. I almost dropped the phone several times while walking around New York City, simply because it takes a certain amount of attention to hold onto. It’s like trying to walk down the street with an iPad.

As a tiny tablet, however, the iPhone 6 Plus truly shines. It’s significantly smaller than Apple’s smallest tablet, the iPad Mini, but it’s big enough to give you a tablet-like experience. It’s particularly useful for reading or watching video when sitting on the couch or on the subway. And if you think of it as a tablet, you’d be less concerned about how well it fits into your pants pocket.

Therein lies the problem with deciding between the iPhone 6 Plus and the iPhone 6. If you care more about portability and using it for phone-like things, then the iPhone 6 makes the most sense for you. If you want the convenience of a tablet wherever you are, and are less concerned about making phone calls easily, then the iPhone 6 Plus would be the better choice. But if you’re a consumer who has no clue what you really want, as many people I’ve talked to have said, then stay the heck away from giant phones — the tradeoffs are too great for anyone who isn’t going in with open eyes.

Just like on the iPhone 6, iOS 8 also goes hand-in-hand with the iPhone 6 Plus. Many apps still aren’t updated to take advantage of the larger screen yet, though, so you’ll be stuck with gigantic looking apps much of the time. You can check out my full iOS 8 review here.

The iPhone 6 Plus felt good for gaming, but the experience really depends on the individual game. For puzzle games, it’s helpful to have a large screen. But for games that require quick “twitch” reflexes, the phone’s big size ended up getting in the way.

Above: The iPhone 6 Plus camera lens sticks out slightly from the body

A few bonuses: A better camera and longer battery life

Aside from screen size and resolution, the iPhone 6 and 6 Plus are mostly identical when it comes to hardware. Two key differences may be enough to tempt you over to the phablet arena, though: a camera with optical image stabilization (OIS), and a much bigger battery.

The iPhone 6’s camera is already solid, and that same sensor is in the iPhone 6 Plus. But the Plus includes OIS, a hardware mechanism that reduces the impact of your hands shaking the phone, which is a particularly useful addition if you shoot a lot of pictures at night or in low light. Those are situations where the stability of the camera has a direct impact on the quality of the photo; even a slight tremor could end up trashing a photo in low-light.

In my testing, both the iPhone 6 and 6 Plus cameras performed about the same in daylight and indoors. But when it came to dimmer situations, the iPhone 6 Plus was a step ahead. (The iPhone 6 still performed better than the 5S in low light, so it’s still no slouch.)

Both new iPhones also include digital stabilization for video, which performs about the same. An Apple rep tells me the iPhone 6 Plus doesn’t use OIS for video, so make sure that’s not one of your big selling points for the phone.

Given the 6 Plus’ bigger frame, Apple was also able to fit in a much bigger battery, which alleviates a long-running complaint among iPhone owners. The iPhone 6 lasted me about a typical day’s worth of use, just like the 5S. But the 6 Plus lasted nearly two days of typical usage for me.

Here’s a breakdown of the battery life differences between the two phones, according to Apple:

Above: Comparing the battery life of the iPhone 6 and 6 Plus

While the battery and camera upgrades are certainly welcome, I don’t think they should be the only reason you should consider going for the iPhone 6 Plus, considering the big sacrifice you need to make for portability. The iPhone 6’s camera is still one of the best smartphone cameras right now. And if battery life is really a concern for you, I’d recommend looking into the plethora of external portable battery chargers out there.

Above: Apple’s iPhone 6 and iPhone 6 Plus

The trouble with phablets

I don’t want to sound like too much of a killjoy. I know plenty of people who love phablets and have been waiting for Apple to enter this market for years. And I realize that for many, tablets solve real issues that they face every day.

But as a whole, it’s a category that feels at worst like a fad and at best like a stepping stone for something else.

Remember netbooks? Those tiny computers saw a brief few years of popularity, chiefly because they were relatively inexpensive and were smaller than any laptop we’d seen before. To many, they felt like the future of computing. But they were also woefully underpowered, and they rose to popularity right after Apple announced the iPhone, which introduced a whole new method of computing without the need for a keyboard and a trackpad.

Ultimately, it was the iPad and the rise of other tablets that killed the netbook. But the netbook also proved the consumer demand for truly portable computers, which tablets ended up filling. 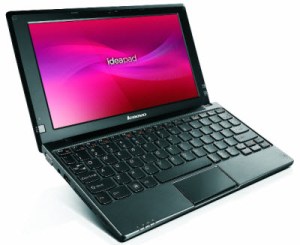 It’s hard not to see the parallels between phablets and netbooks today. Just like we did with netbooks, many consumers are just dealing with the clunkiness of using giant phones because it fits slightly better with their workflow. They show consumers increasingly want more — more screen, more power, more everything. It doesn’t matter if they’re not as easy to hold or carry as other smartphones.

Phablets also offer a tablet-like experience for people who don’t want, or can’t afford, a separate tablet. So it’s not a huge surprise to see them take off in emerging markets, where phones are often the only connected computer people own.

But just as netbooks died off due to tablets, I wouldn’t be surprised if phablets also fade away as they’re replaced by something else. Initially, that’ll likely be ultra-cheap small tablets (Amazon just announced a new “phablet-sized” Fire tablet for $99). But I can foresee a future where our phones (or whatever we call them at that point) can switch from being both incredibly portable to offering a large screen. Who knows what the rise of truly flexible display technology will bring.

It’s like reading a newspaper. Some people like to sprawl out the entire thing, whereas others (especially New Yorkers on the subway), find simple ways to fold them up and make them easier to use.

There’s no doubt people want to read — but they want the flexibility to do it on their own terms.

An iPhone that isn’t for everyone

It’s difficult for me to wholeheartedly recommend the iPhone 6 Plus. Many consumers aren’t fully aware of what they may need from their smartphones, which could easily lead to prioritizing screen size over portability when that’s the last thing they need. And given the reports of some units bending, it may be worth holding off a bit to see if Apple delivers a fix.

In the end, I think most people would be better served with the iPhone 6, which has a noticeably bigger screen than its predecessors but still manages to be easy to hold and carry around all day. If you really need a bigger screen occasionally, look into a cheap small tablet like the Nexus 7 (they’re ideal when you can use your smartphone as a Wi-Fi hotspot).

While the iPhone 6 Plus may appear to be the highest-end iPhone in terms of hardware, the iPhone 6 better represents the true evolution of the iPhone.