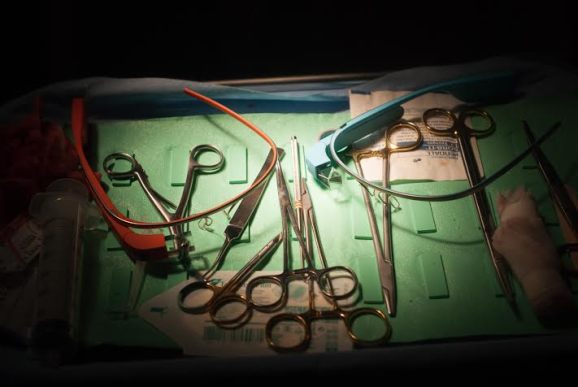 Pristine has developed a Google Glass app that allows medical professionals to get remote help from experts via a live streaming video feed. For example, Pristine’s Glass app could be used to help nurse practitioners walk through an emergency advanced surgical procedure with live oversight from an expert halfway around the world.

What Pristine’s service does is extend the expertise of doctors to others without those doctors being physically present. That could be huge for fixing a future shortage of doctors in the country, which the Association of American Medical Colleges said we will see by 2025.

And on top of that, Pristine claims to be the only commercially available Google Glass app featuring video communication that has obtained HIPAA compliance, the set of federal regulations put in place to ensure that a patient’s sensitive medical data remains secure from hackers and the like. To ensure HIPAA compliance, Pristine doesn’t record or store any of the video streams, but doctors can use Google Glass to record a procedure if they choose.

“We’re really just scratching the surface with what Pristine can offer to the medical field,” said Pristine Evangelist Lucas Schlager in an interview with VentureBeat. “What if people could begin getting diagnosed in the ambulance on the way to a hospital?” The app, he added, can also be used to support a new era of doctors making house calls for patients too ill to visit an office.

One example Schlager gave me to sell the value of Pristine’s Glass app was when diagnosing a patient experiencing a stroke. There’s a drug that’s been developed that slows the process of a stroke, but it’s also very dangerous to use and must be administered a short time after the stroke occurs. With Pristine’s Glass app, an EMT could theoretically lend their eyes to a ER doctor who isn’t in the field and get the go ahead to use the drug, which could very well save that patient’s life.

“The drug is so dangerous and needs to be taken in such a short amount of time after a stroke that most doctors just don’t bother with it, from what I understand,” Schlager said.

Pristine is also in a very good position to replace expensive, outdated medical machinery that is currently in place to do a lot of “remote doctor” actions. Many big medical centers use both camera carts and “robot nurses” that cost around $100,000 to purchase, Schlager told me. By comparison, Pristine charges a monthly fee and provides the $1,500 Google Glass smartglasses as part of that service. And if Google issues an updated version of Google Glass, Pristine will offer to replace its clients’ current versions free of charge.

The Austin, Texas-based startup said it plans to use the new capital it has raised to increase its roster of 13 employees with more engineers, marketing, and sales talent as well as to increase sales. The startup, which currently has 20 paying clients (mostly hospitals), is also exploring offering its services outside the health care and medical industries.

The funding was led by S3 Ventures, with participation from Capital Factory, HealthFundr, and a handful of strategic Pristine clients.