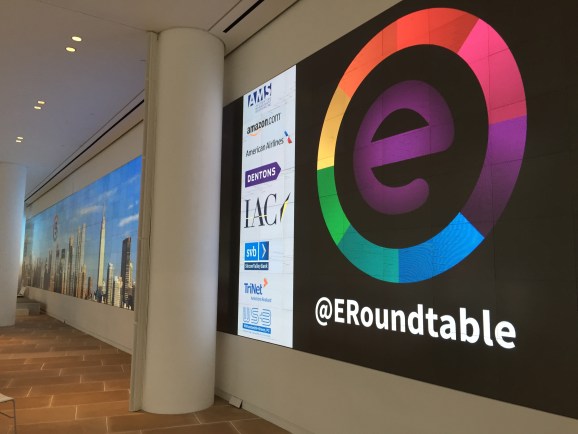 With another summer past, it’s time for another class of startups to emerge from New York City’s Entrepreneurs Roundtable Accelerator.

For its seventh startup class, ERA focused on companies that are modernizing legacy industries. One company has developed a cloud platform to help shipping and trucking businesses get organized, while another can help law firms deal with routine paperwork.

Here are the graduating startups (updated live as their presentations unfold):

The pitch: A prospecting tool for financial advisors and insurance reps.

The company has developed technology that lets financial advisors find the ideal new client. It can also alert you of major events occurring in your network, where someone may need some financial advice, and it offers predictive analytics.

The pitch: A platform for sharing sharing your favorite parts of online video.

Bubbl is jumping into the “snackable” media world, popularized by short video clips from services like Vine and Instgram, by giving you an easy way to share small portions of online video. The company also announced today that it’s partnered with The Hobbit and Warner Brothers pictures.

Chicory adds a button to recipe sites that lets you instantly add all of the necessary ingredients to your cart and get it delivered. It combines the convenience of recipe delivery sites like Plated with a much wider selection of recipes. The company today announced a partnership with The Daily Meal, which will give its service a reach of more than 15 million monthly impressions (when combined with its existing partners).

Chicory also gives brands a chance to make their products the default option in carts, which adds an entirely new layer of potential advertising.

The pitch: An app that lets travelers order hotel services from their phone.

After traveling for work and realizing that ordering hotel services were practically in the Stone Age, MobileSuites co-founder and CEO Dennis Meng set about creating an on-demand service platform built specifically for hotels. It’s like Seamless or GrubHub for room service, spa treatments, and everything else a hotel offers.

The company is already live at 500 hotels across the U.S., and it says it has assembled the largest database of hotel services in the world.

The pitch: An online store for custom-fitting clothing for women.

With the rise of custom clothing stores like Indochino for men, it makes sense for more companies to dive into custom women’s clothing. Numari’s clothing line is also targeting women who are interested in high-end design, but aren’t willing to spend over $500 per outfit. Numari’s Komal Kushal Raj says that it’s seeing a return rate of only 7 percent, while most shopping sites see returns of around 40 percent from women. The company’s revenue is also growing by 30 percent every month.

The pitch: A platform for automating the $15 billion legal document industry.

PlainLegal’s software can handle much of the paralegal work that law firms have to deal with. It can collect client information, prepare forms, and also monitor case deadlines. The company currently has 60 lawfirms using its software, who are managing over 1,500 cases on the platform. Nehal Madhani, PlainLegal’s co-founder and CEO, says it could help lawyers earn up to $45,000 more a year by simplifying the gruntwork of managing cases. 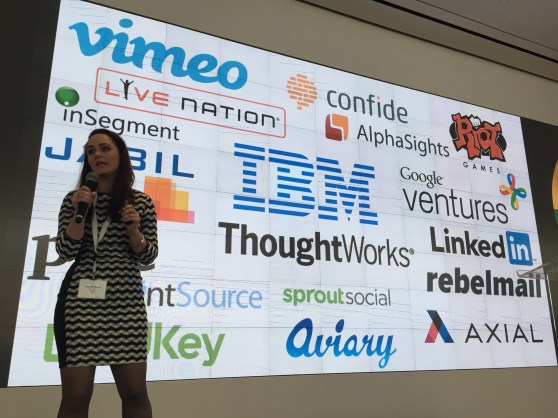 The pitch: Covert job search for the currently employed.

Its product lets employees covertly look for a new job. Candidate identities aren’t revealed until they agree to an interview with a potential company. The product is currently being used by IBM, Google Ventures, LinkedIn, and a slew of other companies. So far, over 10,000 candidates have signed up for Poacht.

The pitch: An app for sharing your texting conversations with your friends, as well as figuring out hidden meanings in your conversations.

Aziz Ansari said it best: text conversations can be confusing as heck. Pull’s app lets you get a better sense of what your conversations with your friends mean — for example, who texts first? After gathering only three weeks of data, Pull chief technology officer Lauren Talbot says, the company can predict relationship outcomes with 77 percent accuracy.

The pitch: A perfume subscription service for testing out different scents.

Like Netflix for perfumes, ScentBird lets you test out of more than 350 scents for $15 a month. Mariya Nurislamova, ScentiBird’s co-founder and CEO, notes that around 60 percent of women in the U.S. like to wear different fragrances. That can end up being very expensive, though, with many designer perfumes retailing for around $100 a bottle. The company sold out of its first run of shipments in just one week, Nurislamova said. 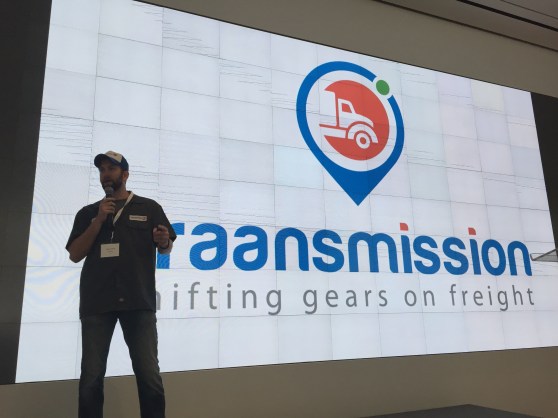 The pitch: A logistics marketplace for connecting shippers and truckers. (Think Uber for the shipping industry.)

Traansmission is working to solve the inefficiencies inherent in the shipping industry, where 1 in 5 trucks is typically empty. Jason Cahill, Traansmission’s co-founder and CEO, says that these empty trucks typically cost truckers around $45,000 a year (which is particularly rough since their typical earnings are around $75,000).

The company hasn’t launched yet, but it has 188 truckers signed up across 25 states. It expects to have 1,000 truckers on its platform by the end of the year.