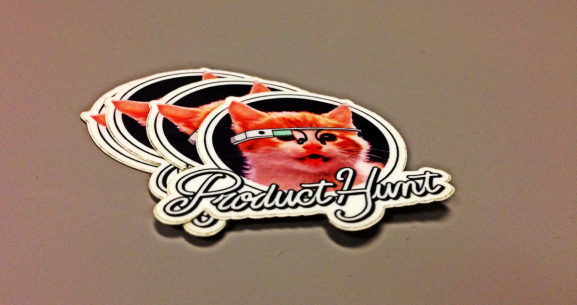 Product Hunt is an online leaderboard and community focused around tech products. It was created late last fall by Ryan Hoover with the help of Nathan Bashaw (who’s since stepped away). Community members submit, upvote, and comment on various products daily, generating buzz and conversations around everything from web development tools to unique gadgets.

Now, the startup is adding six times more cash to its coffers, and Microsoft veteran and former Windows lead Steven Sinofsky is joining its board of directors. (If you’re incredibly shocked by the latter, you’re not alone, but we’ll get to that in a minute.)

When I spoke with Hoover earlier in the summer, he expressed no rush in raising a lot of much money.

“If I had $5 million, I don’t know what I would do with it. The real questions is ‘will I raise at demo day or not?’” he said in mid-July. He makes a few thousands of dollars every month from his site’s jobs board, and unbeknownst to me at the time, had already bagged his $1 million seed funding.

But when Marc Andreessen comes a-calling, it can be difficult to say no. Andreessen, who met with Hoover in early summer for a casual chat, reached out again two or three weeks before he finished Y Combinator, this time with the clear intention of investing. And of all the Andreessen Horowitz partners, Sinofsky showed a particular interest that struck Hoover.

“I could tell he was holding back from asking too many questions [during the pitch to the firm’s partners]. He’s really very interested in what we’re doing,” Hoover told me over the phone.

Hoover added that Sinofsky’s background, which doesn’t exactly scream “indie tech community,” is actually an advantage. He looks forward to having advisors and partners on Product Hunt’s team with skills and knowledge different from his own.

It’s not hard to see why the firm would be interested in Product Hunt. It’s the talk of the town. Startups and product makers are tripping over themselves to have their product on there, sometimes even bypassing the traditional press launch, and entrepreneurs, investors and reporters are watching it carefully — it’s a precious and well-curated community. Startup accelerator 500 Startups recently even used the site to interview and select a startup to join its next class.

But I have to wonder whether this new money might end up spoiling Product Hunt.

Let’s not forget the great demise of Digg, the once beloved and strong community that saw a sad death after it got a bit too zealous with monetization.

But as Hoover told me, the new funding will let him and his team focus on the task at hand instead of worrying about revenue and paying bills. “We had six to nine months runway with our seed money, assuming we’re going to be hiring,” he said.

So no imminent pressures from his new investors to start thinking about monetizing and seeing a return somewhere in sight? Not according to Hoover. There’s an understanding that it won’t be the focus at the moment and that Product Hunt will continue to work on its growth, product, and user acquisition, Hoover said.

In fact, Product Hunt is rolling out some new stuff today, namely the ability to follow other community members, and a redesigned user profile, which now shows various categories of activity such as “submitted,” “commented,” “followers,” and so on. Product Hunt is also plotting to start branching out into new communities next year, as Hoover previously shared. And as predicted, games will be first up.

But Hoover and his team have also already started to brainstorm monetization ideas even thought they say they won’t be implementing them “for a year or so,” he said. One idea he mentioned during our conversation was making it easy to purchase or sign up for products right inside the Product Hunt experience.

Promotion and advertising were the frightening ones.

While ads are part of the media industry, promoted products could spell the end of what we all love about the site (again, see case of Digg). It’s no secret that startups are long behaving as if the tech press is an on-demand marketing service that magically yields users and investor interest, and I don’t doubt for a minute they’ll abuse Product Hunt’s genuine and organic community to peddle their wares given the opportunity to buy into it.

I mean, look at Facebook and Twitter — the pressures of needing revenue turned these beautiful tools for connecting, sharing, and communicating into big messes of ads and brand content.