If you’ve noticed that your conversations with friends, family, and colleagues spread across a jumble of mobile apps, you’re not crazy. It just sort of happened. Today a startup called Snowball is launching an Android app to respond to the madness by bringing all those conversations into a single place.

Rather than forcing you to use Snowball, the app directs you right to a thread inside the messaging services it integrates with, including WhatApp, Snapchat, Facebook Messenger, SMS, Line, WeChat, Twitter, and Slack.

“What the market is showing us is it’s not a winner-take-all market,” co-founder and chief executive Anish Acharya told VentureBeat in an interview. “The real next-generation opportunity is how to make all these applications work together, and that’s what we’re trying to do.”

Investors happen to like the idea. Snowball is unveiling a $2.3 million funding round today, following hints that it was raising money earlier in the year.

The funding comes in the midst of a wave of mergers and acquisitions of the mobile applications consumers use to communicate with one another, from Kakao to WhatsApp. Meanwhile Line is going public and investment interest in Snapchat continues unabated.

Now might be a good time to create a snazzy mobile messaging service, but Acharya and his co-founder Jeson Patel believed it would be better to play nice with the ones that exist today.

“In fact, we’re symbiotic to them,” Acharya said. “We just want to reduce friction in getting there.” And indeed the integrated messaging services they’ve spoken to so far have liked what they’ve seen, as Snowball ends up increasing engagement in those apps by as much as 20 percent, he said.

The app shows messages across apps from individual people. It’s easy to pull up Snowball; all you have to do is tap on the little snowman floating on your screen. His name is Steve, in case you were wondering.

“It’s kind of tucked away, so ideally it doesn’t get in the way while you’re doing other things,” Acharya said. 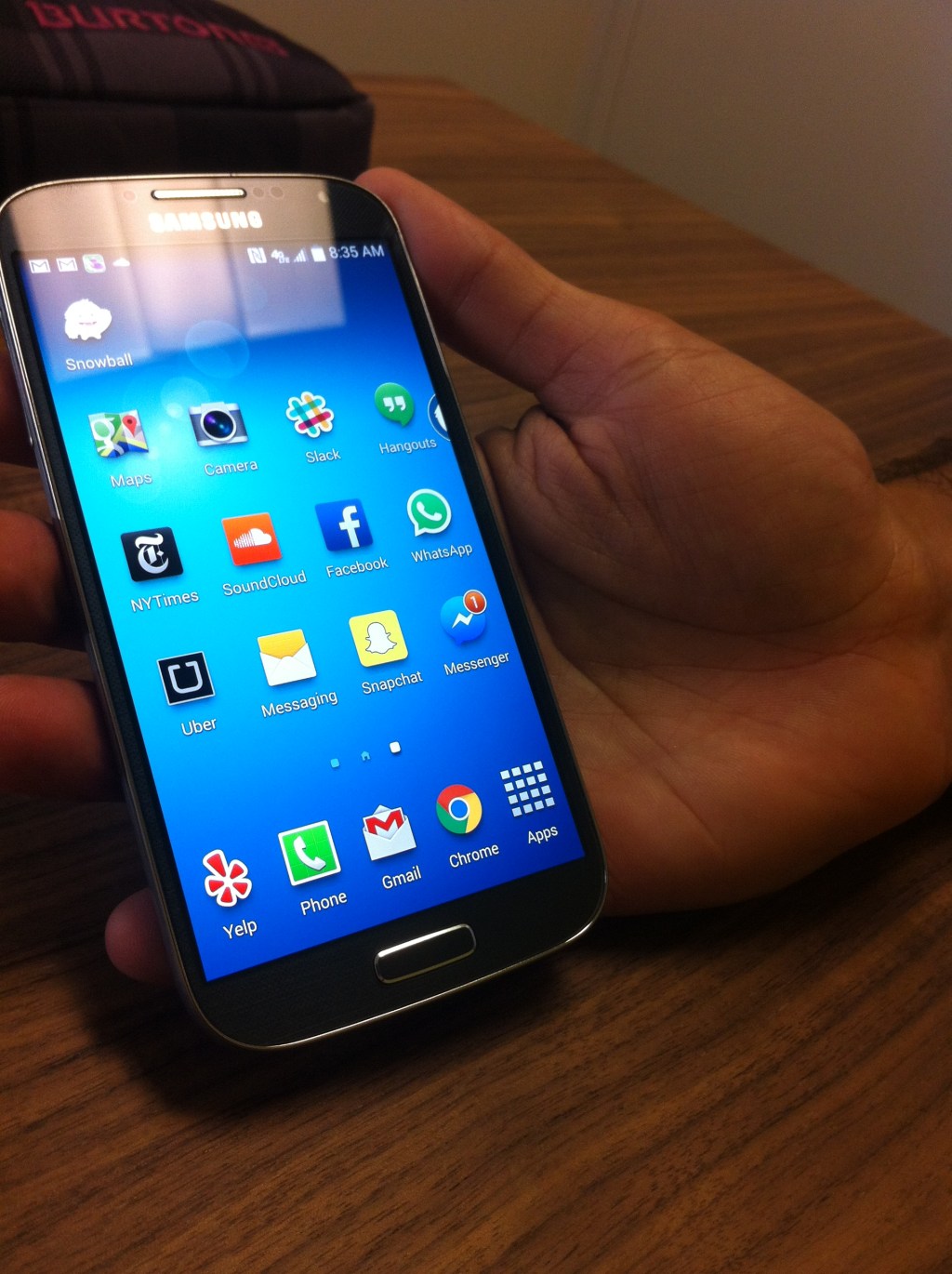 Above: My goodness. Look at all those messaging apps on Acharya’s phone. But all you have to do to clear up the clutter is use Snowball, which is sitting on the top left. Alternatively, you could tap on Steve the Snowman, who in this shot is hiding on the right edge of the screen. See him?

He and Patel come from Google Ventures, where they were entrepreneurs in residence. They both previously held product-management roles at Google. They arrived at the tech giant in 2010, when Google bought their social-gaming startup, SocialDeck.

Snowball could well integrate with more messaging apps in the future. But when it comes to the operating systems it supports, things might not change anytime soon.