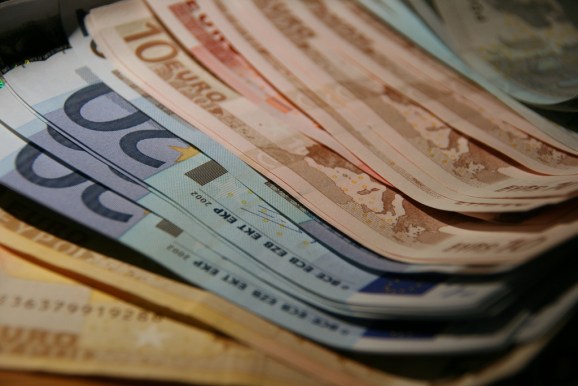 We learned over the weekend that venture capitalists have already invested more in the first three quarters of 2014 than they did in all of 2013. Let the good times roll, baby! Just don’t forget to get off that ride before it crashes.

Here’s a list of today’s biggest funding stories, updated as the day unfolds. Tip us here if you have a deal to share!

Communications service Mailcloud raised $2.8 million late last week as it plans an attack on conventional email. The London-based startup hopes to bring all your communication into one place, sorting emails, files, and messages by person, company, or topic for you.The investment was led by Octopus Investments and Bessemer Venture Partners.

HomeZada sweeps up $2.1M to organize your home’s info

Home automation systems like Nest or Notion look at your house and see a collection of appliances. Startup HomeZada looks at your house and sees a jumble of information — and it’s just scored $2.1 million to clean it up. “You buy a car, and it can talk to you,” CEO and co-founder John Bodrozic pointed out to VentureBeat. “Buy a house, and nothing talks to you.”

La Belle Asiette raises $1.7M to dispatch a professional chef to your home

The France-based startup is announcing today that it has raised $1.7 million in seed funding to continue growing and make some key hires. Much like its American counterparts Kitchensurfing and Kitchit, La Belle Assiette is a marketplace: You can search chefs by food type, popularity, and other criteria, and book one for a specific time. Your chef brings the ingredients, cooks, and cleans up before leaving. Funding comes from Nicolas Brusson (cofounder of BlaBlaCar) and other individuals.

Attentive.ly has just landed a $750,000 round, led by New Media Ventures and Atlanta Tech Angels, so it can bring more of its social marketing automation to businesses.

The Atlanta-based company offers a plug-and-play approach, where marketing platforms like Eloqua or email service providers like MailChimp can be readily integrated with its cloud-based social data/messaging platform. The company’s offering can also be used as a standalone tool.

Zumur has its positioning metaphor down. It wants to be “the Kayak of product comparison search engines,” CEO and founder Abhishek Tiwari told VentureBeat. The South Carolina-based company is announcing today that it has raised the first half of what it expects will be a $1.4 million seed round.