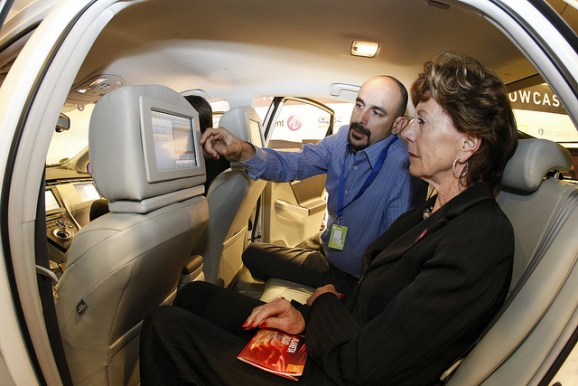 In a farewell speech, Neelie Kroes looked back on her five years as the European Commission’s digital chief, saying she feared that Europe “will continue to stagnate” and “is missing large parts of the digital opportunity.”

Kroes, the EC’s vice president for the digital agenda, delivered her remarks today at the Broadband World Forum in Amsterdam. She said the single biggest issue holding back the region is that Europeans remain divided against themselves when it comes to innovation and technology.

“I ask myself, why did Europe stop inventing and investing? Why did Europe lose interest?” she said, according to a transcript of the speech. “But then I remember that we cannot say that the whole continent has failed. No, there is a different problem. We have a problem today of two Europes: a digital Europe and an analogue Europe. Of digital mind-sets and analogue mind-sets.”

On one hand, she can look across Europe and see many emerging startup hubs and many established tech companies like SAP. She sees many residents excited about new services like Uber.

At the same time, she sees “a second Europe. It is a Europe that is afraid of this digital future. They worry about where the new middle class jobs will come from. They don’t want to jump off what they see as a digital cliff. They like the comforting idea of putting up walls.”

Kroes warned that European politicians and corporations must provide stronger leadership and do a better job explaining the issues and moving the continent forward.

“I still don’t know how Europe will answer,” Kroes said. “I believe this renaissance is possible, but in my mind there are too many leaders still refusing to take up their responsibility.”