In a statement to VentureBeat, Yelp denies filtering reviews to allow a more positive or negative slant depending on whether or not a business is a customer of Yelp. In addition, Yelp says that the court decision mentioned below does not state that such a practice would be permissible, but instead simple that the statute under which prosecutors brought the case was incorrect.

A lot of ink has recently been spilled over a recent California court decision that defends Yelp’s right to manipulate reviews as a protected form of “aggressive advertising.”

Far be it from me to comment as a legal scholar; I can’t say much with respect to the law and its rightful application or not. But I most certainly can comment on whether such a practice is fair, serves the users that create content on sites like Yelp, and is a trend about which we should be worried.

Let’s break this down into a few parts.

First, what’s actually going on? What kind of review manipulation are companies like Yelp accused of, and if they are indeed engaging in the practice, is it unfair?

Broadly speaking, Yelp has been repeatedly accused by small business owners of extortion. In essence, the criticisms boil down to two core practices they find unacceptable. First, filtering reviews through a mysterious algorithm that seems to allow more positive reviews when the small business pays for a subscription and seems to filter most of them out when the business does not pay. And second, Yelp will only remove competitive advertising from a business profile if that business pays a subscription.

Or said another way, business owners can pay to remove competitive advertising.

Since Yelp is a for-profit company, it seems reasonable that it can place ads anywhere on its site. In the old days of the Yellow Pages, many businesses were listed on one page, and users could differentiate between the ads and listings. Here too, while businesses may not like it, users can make a clear distinction between a business listing and an ad. If Yelp wants to offer a paid service to a business for a more “exclusive” listing, i.e., one that has no other competitors displayed, it should be free to do so.

However, if the claim is true that Yelp manipulates listings based on whether or not a business pays, that is entirely different. 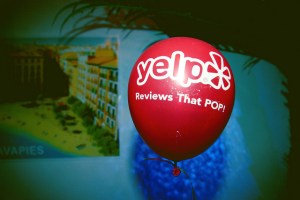 In essence, this manipulation is an artificial representation of the community’s sentiments, and crucially, it destroys the basic foundation of trust that a user expects when she reads a review online. If Yelp can manipulate reviews on its site, and is now protected by the court in doing so, what’s to stop Yelp from simply fabricating reviews? How is that any different?

Since most users don’t read every review on every business, the act of deliberately adding or removing reviews is tantamount to simply injecting Yelp’s own rating on a given business. That’s what makes this practice, and the supporting decision, so damning.

So if it is indeed damning, does that answer the second question above, i.e., is this a “good” practice for users? Well, you might be surprised to hear my answer, which is … not necessarily. We operate in a free market, and that means that any lawful behavior by any company is acceptable.

Keep in mind that Yelp, and others like it, is responsible first and foremost to its shareholders. This may sound like an academic discussion, but in truth, each company is entitled to take the decisions that make the most sense for their business. Here, Yelp has presumably made the trade-off that makes most sense to them. And here’s why it might be good for users. This kind of behavior serves as a wake-up call to all users that they have choice – not only when it comes to choosing a business, but also when choosing sites to find businesses. If a large incumbent gets complacent, or worse, begins to act in ways that conflict with their users’ best interests, those users will find newer and better platforms.

Which leads to the final question, is there a broader trend here, and need we be worried?

The answer is an emphatic yes – there is a broader trend of manipulated reviews and gaming by both review sites and business owners. It is a serious problem and by most estimates is getting worse. Thankfully, we have an incredibly robust market that encourages new entrants, rewards good actors (broadly speaking), and punishes companies that do not act in the long-term best interests of their customers.

In other words: If review sites and ratings marketplaces know what’s good for them, they’ll focus on integrity – providing a high-quality, highly trusted experience for their users. 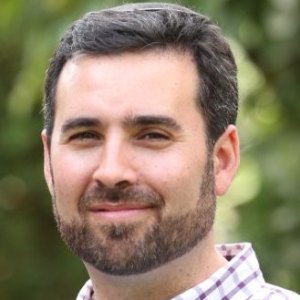 If not, whether the court allows these kinds of review manipulation shenanigans or not, the cream will eventually rise to the top. And it may well be that paradoxically, this decision – which seemed to favor Yelp — will in fact be a tipping point in the opposite direction.

With businesses beginning to encourage negative reviews as a tongue-in-cheek protest, the latest developments augur well for a new class of recommendation sites that have one thing Yelp doesn’t seem to have: trust.

Yoav Schwartz is the founder and CEO of WhoDoYou, a local business recommendation engine.