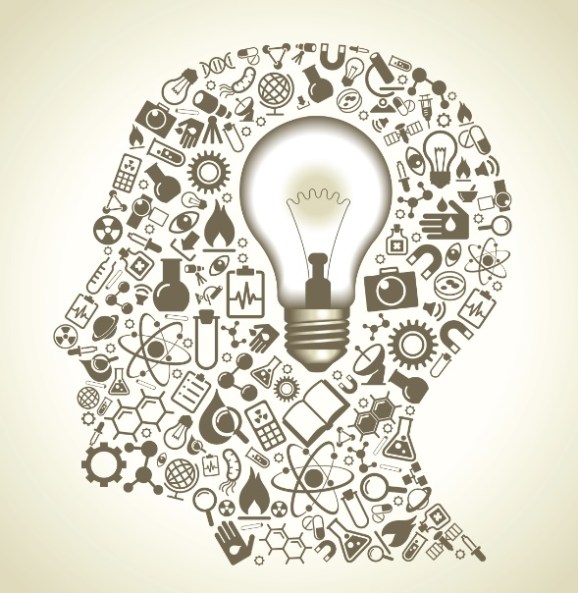 Steve Jobs was 52 when he announced the iPhone. That was in 2007. Years later, the Apple cofounder introduced the MacBook Air, App Store, and iPad. Tim Cook, who was 51 when he took over from Jobs, is building on his legacy. They both shattered a myth that the young rule the technology industry.

Silicon Valley’s venture capitalists, however, speak openly of their bias toward the young.

“People under 35 are the people who make change happen; people over 45 basically die in terms of new ideas,” Vinod Khosla, a prominent investor, said at a conference I attended.

Referring to the age of entrepreneurs whom venture capitalists fund, investor Paul Graham told the New York Times, “The cutoff in investors’ heads is 32; after 32, they start to be a little skeptical.” He acknowledged that he could be “tricked by anyone who looks like Mark Zuckerberg.” Others go so far as to claim that Internet entrepreneurs peak at age 25.

The cult of youth is so powerful that billionaire Peter Thiel announced in September 2010 that he would pay college students $100,000 to drop out. Instead of “wasting” precious years in school and then being burdened by “incredible amounts of debt,” he said, they could be “focused on breakthrough technologies that will take civilization to the next level.”

The result of this bias is that older entrepreneurs are often shunned while younger entrepreneurs receive attention and funding. This is hurting the venture-capital system as well as Silicon Valley — because the stereotypes are flawed.

Dane Stangler, vice president of research and policy at the Kauffman Foundation, built on our findings by analyzing Kauffman Firm Survey data and the Kauffman Index of Entrepreneurial Activity, which uses data from the U.S. Census. He found that, in every year from 1996 to 2013, Americans in the 55-to-64 age group started new businesses at a higher rate than those in their twenties and thirties. And the trend is building. Those ages 55 to 64 started 14 percent of all new businesses in 1996 but nearly 24 percent of them in 2013.

There are hordes of young founders in Silicon Valley, some of whom drop out of school to start their companies. Venture capitalists collectively invest billions in them. The vast majority of these startups fail, however, because there is no substitute for experience and knowledge. What makes entrepreneurs successful, as my team’s research revealed, is work and industry experience and management ability. These come with age. The inexperience — and immaturity — of youth is one reason venture capitalists’ track record is so poor. In 2012, the Kauffman Foundation analyzed 20 years of investment data from nearly 100 venture funds. It found that the vast majority of them produced lower returns than did the public markets.

The experiment by Thiel to pay college students to drop out did not result in any world-changing startups. Most Thiel fellows joined other companies or went back to school. The Thiel Foundation quietly redesigned its program, which now provides an alternative education to children. Perhaps the realization set in that the innovation advantage isn’t provided by youth, but by knowledge, maturity, experience, and connections.

The claim that only the young can effect change has been disproved not only by Apple, but also by founders, inventors, innovators, and executives at almost every major technology company, including Google, LinkedIn, Salesforce.com, Qualcomm, and Intel. Qualcomm, for example, was founded by Irwin Jacobs when he was 52 and Andrew Viterbi, who was 50.

It also is untrue that people “die in terms of new ideas” as they approach 45 or that “young people are just smarter,” as Facebook chief executive Mark Zuckerberg told an audience at Stanford in 2007.

Young entrepreneurs surely have an advantage in social media and app building. They understand these new technologies better than their parents do because they have grown up using them. It also is easier to write code for a cellphone than to learn how to motivate and inspire employees, manage finances, and market products. But building a business requires all of those skills. That is why older entrepreneurs have more success. As baby boomers become as familiar with Internet and mobile technologies as their children are, they surely will give the youngsters a run for their money. They also have greater buying power and a better understanding of the markets for the next generation of technologies.

A technology shift is happening that will dramatically alter the entrepreneurial landscape in the next few years. Several technologies — involving medicine, robotics, artificial intelligence, synthetic biology, 3D printing, and nanomaterials — are advancing at exponential rates and are converging. This is the same type of advance that is occurring with computers — with processing power doubling every 18 months, prices falling, and devices becoming smaller. A $500 laptop today has more computing power than did a Cray 2 supercomputer that cost $17.5 million in 1985 and had to be housed in a large building.

These advances are making it possible to solve the global problems of health, energy, education, and hunger. Inexpensive sensor-based devices, for example, allow the continual measurement of heart rate, temperature, movement, pressure and light. They can be used to build devices that keep track of blood pressure, glucose and blood oxygen levels, respiration and even sleeping habits. They also can be used to improve agriculture, monitor the environment and reduce food spoilage. Systems based on artificial intelligence can be used to make medical diagnoses, to drive autonomous cars, and to predict traffic patterns, crime and trends. Robotic devices will allow us to care for the elderly and automate routine processes. Digital tutors will be able to transform education.

These technologies will make it possible to create the next trillion-dollar industries and to better our lives. But they require knowledge of fields such as medicine, biotechnology, engineering, and nanotechnology. They require experience, an understanding of the problems people face, and cross-disciplinary skills. All of these come with age and experience, which middle-aged entrepreneurs have in abundance. That is why we need to get beyond the stereotypes and realize that older entrepreneurs are going to better the world.