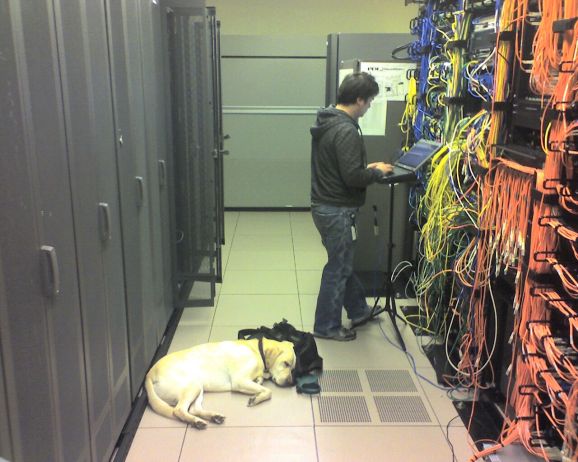 The startup StackStorm is taking the first step toward popularizing the software it’s built to help people more efficiently run and update applications in whatever data centers they choose.

Today, in conjunction with the OpenStack Paris conference, StackStorm is releasing the 0.5 version of its software under an Apache open-source license, giving people a way to try it out and discover its capabilities.

And Evan Powell, StackStorm’s chief executive and a cofounder of the startup, is confident that when operations people take the software for a spin, they’ll be blown away. That’s because StackStorm can automatically run processes in data centers based on rules that people can set ahead of time, and these rules can then be sent out to others. Such features distinguish it from other data center automation tools.

“You can’t export from [those] solutions,” Powell said in an interview with VentureBeat. “You can’t share it. You can’t treat it like code.” And in the data center infrastructure land, people have come to accept the concept that infrastructure can be referred to in code. StackStorm fits in with that line of thinking.

StackStorm is initially focusing on the OpenStack open-source cloud software, which has attracted much acquisition and funding activity in the past couple of months.

Virtualization software from companies like Microsoft and VMware far exceeds OpenStack in terms of adoption. But StackStorm will eventually expand its focus, Powell said, and anyway, the startup focuses on a truly agnostic problem.

“The amount of stuff underneath that needs to be automated and integrated in enterprises is freaking huge,” he said.

Palo Alto, Calif.-based StackStorm came out of stealth mode in May. Its software has been in private beta since the spring.