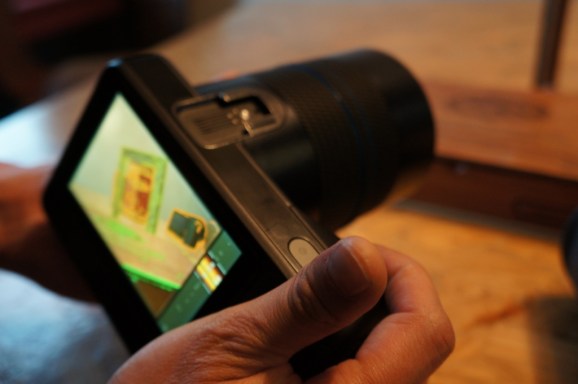 Lytro won’t be keeping its fancy light-field camera technology to itself much longer.

Today, the company announced that it’s releasing its first Lytro developer kit (LDK) enabling outside developers to use Lytro’s technology and adapt it in new ways. Lytro’s first four partners in its new developer program are NASA’s Jet Propulsion Laboratory, General Sensing, the Night Vision and Electronic Sensors Directorate (part of the Department of Defense), and an undisclosed “major industrial partner that develops a range of products for government applications.”

Lytro’s camera technology is special in that it allows viewers to change images’ focal points and perspective after the photo has been taken. In the spring, Lytro introduced its Illum camera, perhaps the first one that can actually be used by professional photographers as we noted in our review.

The kit itself is a mix of software and hardware. It comes with a lens, a sensor, image processing software, and rendering software with a Python API.

Although it’s only opening its technology to outside developers now, Rosenthal said that Lytro has always had a lot of interest from other organizations looking to use its technology, so in a way, today’s move was always in the company’s plan.

Although Lytro’s technology could be used in an infinite amount of ways, the company is foreseeing that scientific and medical imaging, defense and security, and video and film production will first tap into its light-field tech. Eventually, Rosenthal said, it will likely reach consumer devices such as smartphones and cars.

And while Lytro is first working with select developer partners, it will open up its tools to all kinds of developers, from large organizations to startups, and even individual photographers who want to integrate it into their tools with just a little bit of programming and tinkering.

“Cameras should work much more like smartphones work, and you should be able to program them how you want them,” Rosenthal said.

As for how this will impact Lytro as a company, Rosenthal said that the company has no plans to veer away from being a product company at its core. While making its technology available to other developers is certainly part of its goals, it still plans to continue to develop its own products as its main focus.