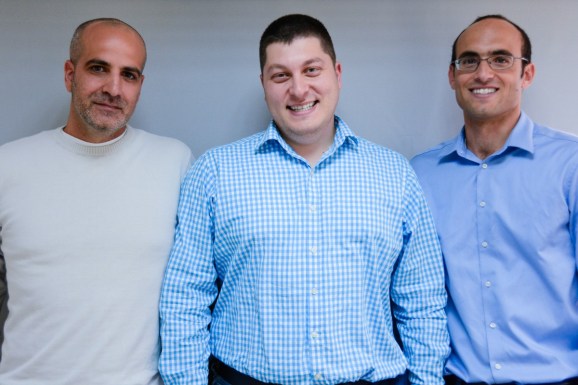 We might have hit data-breach fatigue, but online fraud and security is still a huge concern and resource drain for retailers.

Forter, a Tel Aviv, Israel-based company, provides a fraud prevention solution with a real-time decision engine (it decides whether a transaction is legitimate or fraudulent) for online retailers. And today, the company announced that it has raised $15 million in a second round of institutional funding.

In 2012, in North America alone, online retailers lost more than $3.5 billion from fraud, according to Cybersource. So companies like Forter provide services that are key to e-commerce.

The company’s solution differs from the common approach that creates both additional steps and annoyance for shoppers, and puts the burden of processing fraud alerts in the hands of the retailers. Instead, retailers integrate Forter into their system and let it accept and deny transactions based on the fraud detection engine it has built using various kinds of data and patterns.

Forter also skips security questions and follow-up calls merchants usually submit to up to 27 percent of their shoppers.

The company fraud prevention works at three levels. It looks at the basic fraud and security level (such as if a connection seems suspicious), at the identity level (using financial information to verify a shopper’s identity), and by looking at real-time behavior. Forter’s customers integrate its product through an application programmable interface (API).

As mentioned, security data breaches have been popping up a lot lately, but Forter helps online retailers prevent what hackers could do with the data they’ve stolen through these breaches: fraud.

“We prevent the monetization of this data,” said Forter cofounder and chief operations executive Liron Damri in an interview with VentureBeat. He also said that Forter takes the hit if it makes a mistake and doesn’t catch a fraud instance (normally, retailers have to swallow it).

With its new round of funding, Forter plans on opening offices in the U.S., as well as bringing in retailers processing $500 million in sales and above. Up until now, Forter’s customers were on the smaller end, processing around $50 million per year. Some of its current customers include Heels.com, Jomashop.com, and Lethal Performance.

Forter was founded in 2013 by Liron Damri, Alon Shemesh, and Michael Reitblat, and is headquartered in Tel Aviv.