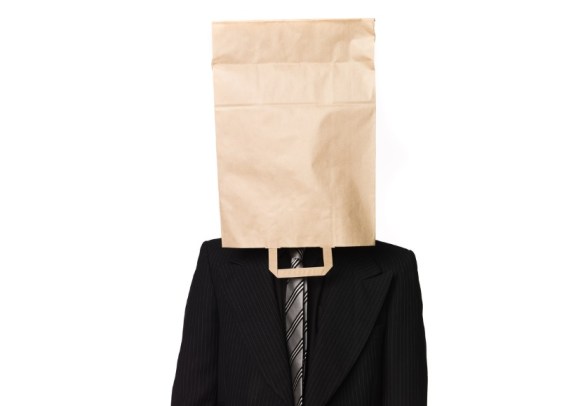 Over the weekend, Upfront Ventures’ Mark Suster wrote a blog post on “Why You Don’t Want to Give Financial Information to All of Your Investors.” If you haven’t read it yet, go do it now. I can wait. I’ll have an espresso in the meantime.

The post is worth your time … except for one thing: It’s wrong.

First of all, a disclaimer: I have a tremendous respect for you, Mark (allow me to address you directly, like I would do with the Pope, or the President of the United States, or Kim Kardashian), I really do. I’ve been reading your posts and watching your presentations since I first started doing startups and making my fair share of mistakes. I just love you, and I’m super thankful for all the things you write and the precious experience you’ve shared from “both sides of the table.”

But @ssholes are one thing, and transparency is something else. I’m not sure why the two concepts are paired up and treated as equals in your post. The investor you mentioned was shopping around, leveraging the name of Upfront Ventures to gain a credibility he clearly didn’t have, something that rightfully made you furious. Totally understandable. But how is this related to transparency? To me, it’s not. I would love to see more companies be more transparent about their numbers and challenges and internal procedures; not less. There is so much to learn — and so much to understand about how a company is run —from that information. It’s pure gold.

And more and more companies are becoming more and more transparent nowadays. The example everyone’s heard of is Buffer. They not only shared their Compensation Policy, but also their Cap Table and their real-time dashboard, not to mention their monthly investor update (here’s the link to the October one, just released). If that wasn’t enough already, just a couple of weeks ago Joel and Leo also released all the information on their new round.

Radical transparency, some would say. What good did this do the company? Funding-wise, they closed the round literally in a few hours; press-wise, they probably got the biggest coverage ever. Business-wise? Well, Leo said it already better than me. The day after releasing the blueprints for the round, he wrote:

Now, Buffer is one or two orders of magnitude ahead of the others, but there *are* other entrepreneurs sharing a wealth of data on how their companies grow, the challenges they face, the milestones they conquer, and the learning they discover. Josh Pigford of Baremetrics.io is one of those, as is Alex Turnbull of GrooveHQ.com with his “journey to $100k in monthly revenue”, not to forget Danielle Morrill of Mattermark.com (her post on Burn Rates is Internet famous) or Mikael Cho of Crew (this is his September update, I guess the October one is coming). All of these founders show different kinds and levels of transparency. At my company, AdEspresso, we contribute to this transparency movement in our own way — for starters, by tweeting out the major growth metrics literally a few hours after the end of the month:

And, yes, we share the financial data and full report on all the fundamental metrics we track with *all* investors (the complete list, as well as the trailing numbers for the major high-level metrics, can be found on our angel.co profile) and with our *whole* team also. Are we foolish? Is Buffer crazy? Maybe. Or maybe what we see is a much higher upside compared to the potential downside.

What’s the downside? Easy: Your competitors will see the numbers. Here’s my simple question to you: “So what?” If the competitive advantage of your company is in hiding the financials, well, I’m not sure you’ll be able to stay ahead for long. Fred Wilson a few days ago wrote, “Assume that your competitor will raise a lot of money.” Let me rephrase that and say: Assume your competitor will know your numbers.

If you ask me, there is no greater motivation for founders than to be in a glass house, accountable not only in front of investors and teammates, but in front of the whole world. You’ll work the hardest to be able to reach your goals and share good numbers instead of bad ones. Sure enough, things can go wrong. But if you’ve built enough credibility and a product that has some level of market fit, isn’t it much more likely that a bigger company will come around trying an acquisition when your growth starts to languish? I realize that it may be an uncomfortable thought for many, but to me it is a much more likely scenario compared to the traditional hide-and-seek game. Much more fun also. By the way, the company acquiring you will want the numbers disclosed at some point, right?

And if your company is crushing it, isn’t sharing the numbers an added value on top of your already compelling story? It breeds credibility, it builds the brand, it helps the community, it’s intrinsically good.

As a plus, consider another thing. In an ecosystem where more and more companies start to willingly share some of their numbers and progress, isn’t that good also for investors? How easy would it be to spot the non-virtuous companies? How easy would it be to make an investment decision? Oh, and in that scenario, going back to the @sshole you mentioned in your post, he would have lost a big part of his leverage, because everybody could have accessed those numbers without even blinking.

It’s unlikely that every company will start to share its numbers publicly, but it’s likely that those who do will be rewarded in terms of valuation, market, and mindshare. Will that impact the number of @assholes around? Not really; @ssholes will always be around, that’s just the way it works, but they’ll likely have less leverage. At the same time it will be easier for investors to make decisions based on real numbers.

On the flip-side, the best deals will become hyper-competitive … oh, wait, they already are!

Who the f*ck am I, by the way? A relatively successful young founder with a bunch of tiny angel investments under my belt, nowhere near your level of expertise and success though. So I could be just a guy full of cr@p. But to me, all the secrecy surrounding the numbers and performances of private companies sounds a lot like when startups were in “stealth mode” five to 10 years ago. All secretive and shady and unclear, for months if not years.

Look at how many companies are in stealth mode nowadays and how many people think that stealth mode is a good idea. Five out of one thousand, maybe? Maybe, just maybe, five to 10 years from now “stealth metrics” will be seen the same way stealth mode is today.

With much love and respect, Armando.

Armando Biondi is cofounder and COO of AdEspresso, a Saas Solution for Facebook Ads Optimization. He previously cofounded five other tech and non-tech companies. He’s also an angel investor in Mattermark and 14 more companies, is proudly part of the 500 Startups network, and is an occassional mentor.