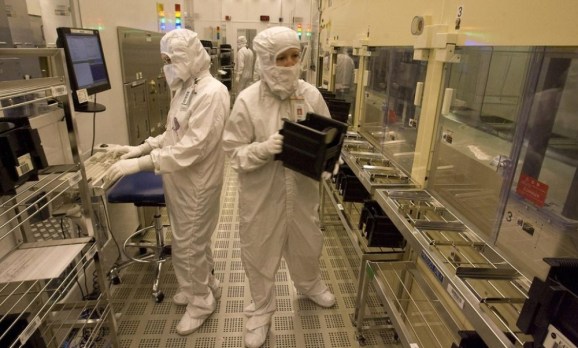 Chip startups were once the engine of growth for Silicon Valley. But now that behemoths rule the industry, those semiconductor innovators are increasingly rare.

Silicon Catalyst wants to put the silicon back in Silicon Valley. The company is an incubator for semiconductor chip startups, making it the only such entity in the world.

Chip development has become prohibitively expensive over time. While one person could design a chip in the 1960s, design teams can reach into the hundreds of engineers today. Products may take years to develop, and then the projects are turned over to third-party manufacturers, known as foundries, for production. The chips are more complex because the circuitry is so dense that chips can have billions of transistors on them, with the level of detail resembling a street map of the world.

There are lots of incubators for web, mobile, or software companies. There are even some that specialize in hardware, but Silicon Catalyst stands alone in its support of chip companies. It will address challenges starting from an idea to company formation to prototypes. The incubator will supply the companies with funding and tools to get going.

“Startups and new chip designs are the lifeblood of the semiconductor industry,” Silicon Catalyst cofounder Mike Noonen told VentureBeat. “We think this is one of the best times ever to be innovating in semiconductors given how many emerging markets, like wearables and the Internet of things, have semiconductors at their core.”

Supporters include Synopsys, Keysight, and Taiwan Semiconductor Manufacturing Co. Each of those companies is important in the food chain for chip creation. Synopsys provides tools for designing chips, while Keysight has technology for test and measurement. TSMC is the world’s largest contract manufacturer of chips. All have vested interests in seeing the creation of more innovative chip companies. Silicon Catalyst will tap executives from a number of companies to help mentor its startups.

“There’s a perception among investors that these startups need a lot of money and that they don’t turn out to be successful,” Noonen said. “On the other hand, you see companies like Adapteva funded on Kickstarter. We think it is possible to do a semiconductor design and innovate without a $10 million initial investment.”

The San Jose, Calif.-based incubator will be run by a trio that includes Noonen, board director at Ambiq Micro, Adapteva, and Kilopass. He is a former executive vice president at GlobalFoundries, another foundry. Other two founders are Dan Armbrust, former CEO of chip research consortium Sematech and a former IBM chip manufacturing veteran, and Rick Lazansky, board member at Sand Hill Angels. The group is open, and not aligned with any one company.

Traditional venture capitalists have mostly abandoned early stage semiconductor investing, in part because it has become so expensive. But chip designs are proliferating with the expansion of electronics into categories such as the Internet of Things, biotech, wearables, energy, transportation, and mobile, Noonen said.

Noonen said that many new chip designs can be done efficiently and with small teams. These are the kind of startups that Silicon Catalyst will support. The incubator will get started with operations in the first quarter of 2015. It will be based in Silicon Valley, but it will welcome startups from around the world.

The company is looking for startups that are developing new “semiconductor solution innovations” — in other words, not just creating a chip but also the software and other components that are necessary to use it in the real world and turn it into a business. It also wants to fund startups that can innovate with a modest investment.

The end goal isn’t necessarily to create a chip company that has an initial public offering, Noonen said. The more realistic outcome is that the startup will be acquired by one of the industry’s big companies that can take the product to market.

“No one sets out to be the next Johnson & Johnson, but maybe you can sell to it instead,” Noonen said.

Startups that are designing chips with billion-plus transistor counts or those pursuing fundamental advances in chip technology are also not likely to be good fits. The target startup would have fewer than 10 employees and less than $2 million in funding. Silicon Catalyst may provide funding, and it may also raise its own money.

Silicon Catalyst hopes to announce more partners in the future and is in talks with 50 international startups, Noonen said.

“We think there could be tremendous amounts of innovation out there,” he said. As for Silicon Valley, he said, “It’s still the heart of innovation when it comes to semiconductors.”