If asked to name a popular crowdfunding platform, chances are you’d either say Kickstarter or Indiegogo.

Loosely speaking, Kickstarter and Indiegogo have much in common – they have both been used to help fund wildly successful products. But digging down into the nitty-gritty reveals some significant differences.

Kickstarter prefers to firmly align itself with the creative realm, rejecting personal causes (e.g. medical bills) and charity fundraising. Indiegogo, on the other hand, has embraced such initiatives, with the San Francisco-based company claiming “triple digit growth” from personal cause campaigns in the last year alone. As such, Indiegogo is rolling out a new offering specifically with such causes in mind.

Indiegogo has hitherto charged either 4 percent or 9 percent of a campaign’s proceeds depending on a number of factors, such as whether you successfully reached your goal, or whether you’re on a fixed or flexible crowdfunding plan.

Through Indiegogo Life, however, you will now be able to raise cash for charity runs, personal medical expenses, disaster relief funds, and more – all without giving up any of your proceeds to Indiegogo. 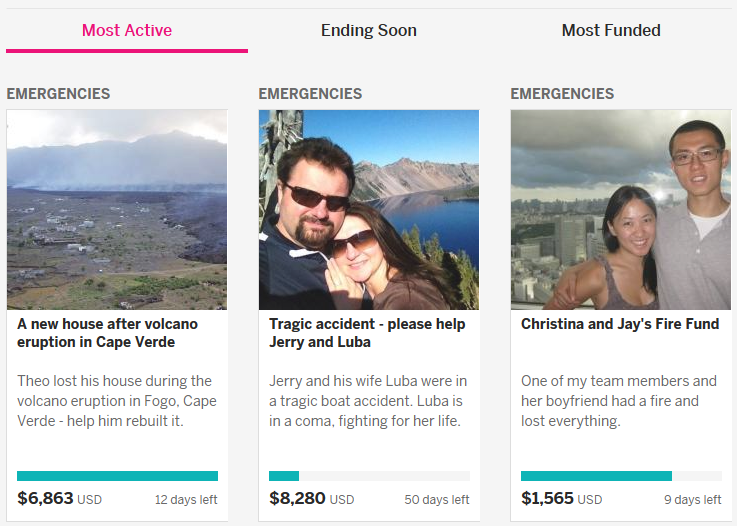 Though Indiegogo Life is open to anyone around the world, it is restricted to campaigns raising in US dollars only. The full list of categories it covers are: medical needs, emergencies, celebrations, memorials, pets & animals, faith, sports, volunteer efforts, and education

“Over the last six years, we have seen many individuals and families face serious financial implications caused by life events,” explains Indiegogo founder Danae Ringelmann. “With Indiegogo Life, we’re delivering the necessary tools for families, friends, and even strangers around the world to connect and support one another at the most critical times.”

There are other benefits to starting a campaign under Indiegogo Life too, including a quick campaign setup which cuts down the time it takes to launch (perhaps useful in a disaster relief fund).

By removing fees altogether for personal cause crowdfunding campaigns, Indiegogo is seeking to drive a bigger differentiating wedge between itself and others, including Kickstarter.