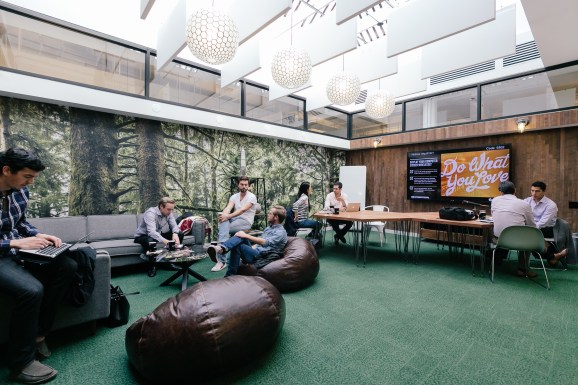 Update Dec. 18: We’ve corrected the paragraph about WeWork’s prior funding. A previous version of the story stated that the company had only raised a single angel round in 2012 prior to this funding.

WeWork, an office-rental company with roots in the tech industry, has reportedly raised an impressive $355 million funding round.

Even more impressive, the latest round values the company at almost $5 billion, according to sources cited by the Wall Street Journal, which first reported the funding. The WSJ also says that WeWork plans an initial public offering within the next two to three years.

WeWork is based in New York, where it now leases 1.6 million square feet, according to the WSJ — making it the fastest-expanding company in the city by real estate size. It also operates in numerous other cities and hopes to manage 3.5 million square feet worldwide by the end of 2015.

WeWork charges above-market rates for desks and office space, including additional amenities beyond bare space, including Internet, coffee, printers, and a sense of “community” with other entrepreneurs and professionals also renting the same spaces.

It also puts on an annual epic, beer-soaked and marijuana-infused summer camp for grownup entrepreneurs who want to network with one another in an outdoor setting in the Adirondacks.

WeWork’s revenue for December puts it on track to have $150 million in annualized revenue, according the the WSJ.