An estimated 250,000+ new consumer tech products launch every year, with a whopping 95 percent failure rate. The pressure is high for companies to grab a piece of the media spotlight and make it onto must-have tech lists.

With the International Consumer Electronics Show just around the corner in January, it’s vital that brands launching a new product know how to stand out in the sea of shiny and new.

One thing is clear: Brands can’t simply rely on celebrity endorsements or predictable releases of an only slightly improved model of their last product. Consumers are too savvy to fall for smoke and mirrors, and most importantly, today’s consumers are not shy to speak their mind in public forums. Social media is, essentially, one big ventfest. A virtual soapbox for the masses. VB Insight’s recent study found that people complain to brands using social media alone 2.41 million times per day.

A Nielsen global study showed that 81 percent of people surveyed said that when it comes to buying electronics, using the Internet to help make their decision was most important. And a recent report published by Brandwatch found that according to conversations on social media, consumers are less brand-loyal than ever, with 78 percent of people exhibiting no brand loyalty at all.

All of these facts combine to create a new problem for brands: how to attract eyes and retain consumer interest.

Take, for example, the rise and fall of the 3D TV — touted several years ago as “the next big thing.” 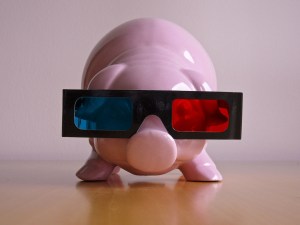 Social listening unveiled two trends. Not only did people complain of the inconvenience of the cumbersome glasses needed to take advantage of the technology, but news of nausea as a side effect seemed to outweigh any positive mentions throughout social conversations. A consumer survey in January 2014 revealed that a revolt was fully underway, with almost 80 percent of respondents stating that they regretted their 3D television purchase. This type of direct consumer insight is invaluable; however it was rendered almost useless since innovators waited until after bringing the products to market to listen to what consumers were saying. Much of this data could have been obtained earlier, simply by listening to early adopters’ perceptions of the technology before expensive marketing campaigns hit the ground.

The 4K TV is another product category that faced a similar fate. While marketers succeeded in generating hype around the technology, it just didn’t translate into sales. Historical Twitter data from 2012 shows useful insights from conversations about the technology and early indications of barriers to its success — data that is critical for manufacturers, had they been privy to it. After-the-fact analysis of the conversation around 4K TVs showed that marketers would have needed to target specific demographics to prove successful. Again, a timely social listening campaign might have resulted in a different outcome.

Brands need to listen carefully. Brands that continuously listen and analyze trends, key stories, and social conversations relevant to their industry and within their target markets will learn what the public wants from products. Listen, acknowledge, adjust, and address. Brands that take social media conversations into account (essentially free, unsolicited consumer feedback ripe for the taking) will come out on top as a result.

Real-life examples are the best proof

A leading fitness-tracking device manufacturer wanted to uncover whether they should be offering their flagship wearable tech in a variety of colors, rather than solely in the color black. Since the cost to produce a variety of hues would amount to millions of dollars, any decision to spread out the color offerings would not be made lightly.

Using social listening, they were able to determine that there was a significant and vocal desire for a device model in white, and therefore could justify the investment. By analyzing the social data, the company gained insight into exactly who was talking about device color, where the conversations were happening, and which colors were popular. They were then able to make an informed judgment on next steps. Because the brand was able to create the color that their consumers wanted, the release was a major success.

One of the most important lessons in social listening is to know exactly where your fans are going to rave and/or rant about your brand.

Let’s say your fans are mostly posting on Pinterest to talk about how much they covet your product and how awesome it is. Let’s also say you don’t have a Pinterest page.

This lack of presence screams that your brand is missing the boat on that social channel and should address this immediately. Through social listening, you can pinpoint the online platforms and forums where your brand needs a presence. Create an account and engage with these advocates — don’t just monitor what they’re saying. Not only will you be communicating directly and openly with an engaged, invested audience, but you can easily identify influencers, track campaign success, and uncover new avenues of engagement.

Another best practice is to apply your social presence and engagement to other social channels, including Twitter and LinkedIn.

Get in the un-comfort zone

A helpful tip, when it comes to social listening, is to break out of your comfort zone when it comes to search terms. Thinking outside of the box is critical when creating terms that relate to your brand. Be sure that you’re in tune with where your competitors are being talked about and how. Listening to “white space conversations” — the chatter around a specific product or industry that doesn’t directly mention your brand or competitors — is another creative way to step outside the box and take a look at insights you otherwise wouldn’t be privy to without the power of social listening.

Launching a new product isn’t what it was 40 years ago, or even five years ago. The unfaltering proliferation of digital media and social sharing has overtaken the tried-and-no-longer-true focus group. Today, social listening is the most sophisticated tool that smart brands can utilize when bringing a product to market, helping innovators identify and prepare for possible challenges before they occur.

By digging beneath the surface of conversations and getting granular — segmenting data by gender, location, or profession demographics, for example — brands can highlight even more avenues for effective innovations. Give the people what they want.

Will McInnes is chief marketing officer at Brandwatch, a social intelligence firm.