Talk about throwing a wrench into the works.

Responding to International Space Station (ISS) astronauts’ need for a wrench, NASA solved the problem by emailing a digital file to the ISS. The astronauts then 3D-printed the tool.

In a post on Backchannel, Mike Chen, founder of Made In Space, explained how the process worked. Made in Space is a Silicon Valley startup that built the 3D printer that was shipped to the ISS in September. In November, the first-ever 3D-printed part was, yes, made in space.

“My colleagues and I just 3D-printed a ratcheting socket wrench on the International Space Station by typing some commands on our computer in California,” Chen wrote in his post. “We had overheard ISS Commander Barry Wilmore … mention over the radio that he needed one, so we designed one in CAD and sent it up to him faster than a rocket ever could have. This is the first time we’ve ever ‘emailed’ hardware to space.” 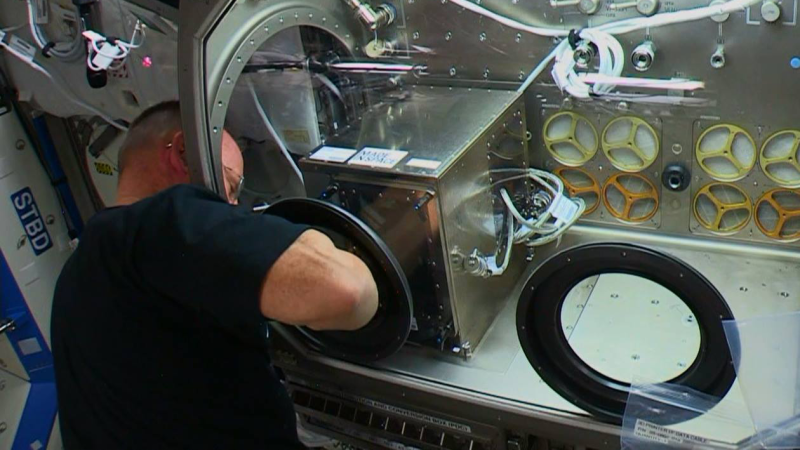 Above: ISS Commander Wilmore reaches into the 3D printer to retrieve the wrench.

The wrench job goes right to the heart of what Made in Space’s technology — and 3D printing technology in general — is all about: letting people or institutions make just what they need, rather than carrying unnecessary inventory or having to wait around for order parts to arrive, a particularly slow process for those aboard the ISS. Instead, astronauts on the ISS, or sailors on, say, Navy ships, need only to carry enough materials to print what they need. And although the technology is likely not up to the task of manufacturing large numbers of production-quality items, it is ideal for making prototypes or one-offs of things like non-precision tools.

“What I’m really excited about is the impact this could have on human space exploration beyond Earth orbit,” Chen wrote. “When we do set up the first human colonies on the moon, Mars, and beyond, we won’t use rockets to bring along everything we need. We’ll build what we need there, when we need it.” 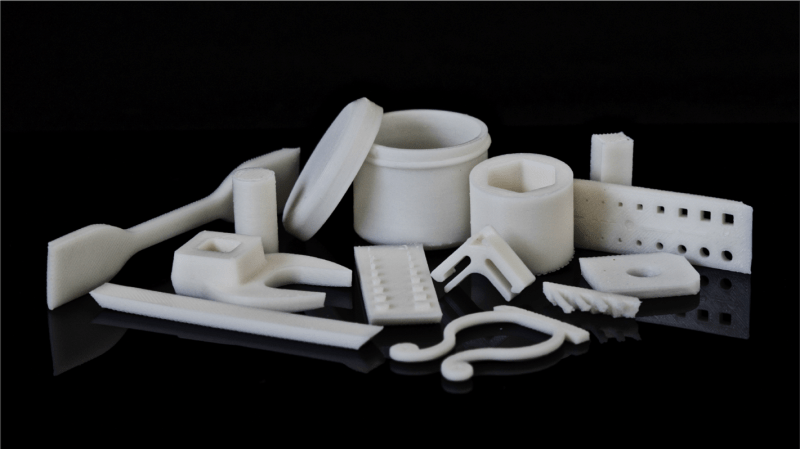 Since the first 3D print job on the ISS in November, there have been 19 others. All 20 of those parts were designed on Earth prior to the printer’s trip into space. The wrench, however, was the first designed after the fact and sent up digitally.

The design process is fairly simple, especially for government work. First, Chen explained, the part is modeled in a CAD software program like Autodesk’s Inventor. Then the file is sent to NASA. Next, the space agency transmits it to the ISS via its Huntsville Operations Support Center. Finally, the 3D printer receives the file and generates the part, layer by layer.

The work being done by Made in Space and on the International Space Station is a perfect example of the partnership between a purely Silicon Valley startup and the government. Made in Space was one of the first companies to spin out of Singularity University — a private nine-week course held at NASA’s Ames Research Center in Mountain View, Calif. that covers exponentially growing technologies like nanotechnology, biotechnology and bioinformatics — and is now among the current crop of companies in the Valley’s most prestigious accelerator, Y Combinator.

“On the ISS, this type of technology translates to lower costs for experiments, faster design iteration, and a safer, better experience for the crew members who can use it to replace broken parts or create new tools on demand,” explained Chen. “But what I’m really excited about is the impact this could have on human space exploration beyond Earth orbit.”