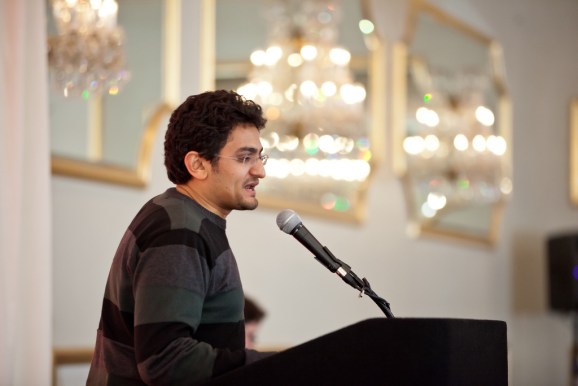 Wael Ghonim, an Egyptian who became famous in 2011 as the face of pro-democracy protest there, says he is leaving Google Ventures to join a startup.

In a tweet this morning, Ghonim wrote, “Officially resigned from [Google]. Grateful for everything Google did for me! Joined 2 cofounders working on a startup in social/news space.”

Ghonim became famous in 2011 as the then-anonymous administrator of an anti-Egyptian government Facebook page called “We are all Khaled Said.” He was arrested by Egyptian police and held in secret for 11 days. He has been credited with helping spark the revolution in his country that led to the fall of then-President Hosni Mubarak.

He joined Google Ventures as an entrepreneur-in-residence in early 2014.

In a telephone interview, Ghonim told VentureBeat that during his time at Google Ventures, it had always been his plan to eventually work on some sort of future endeavor. He had first joined Google in 2008, long before gaining worldwide prominence as an activist in Egypt.

In a follow-up tweet, Ghonim added, “Many thanks to [Google Ventures] for their support throughout. [It was] a great learning experience.”