Facebook today debuted Facebook at Work, a new pilot program the company is testing to try its hand at social networking in the business world. The product is only available to select partners on the web, as well as Android and iOS apps available on Google Play and Apple’s App Store.

Facebook describes Facebook at Work as “a separate experience that gives employees the ability to connect and collaborate efficiently using Facebook tools.” Most people have used these tools before and probably still use them on a regular basis in their personal lives. They include News Feed, Groups, Messages, and Events. 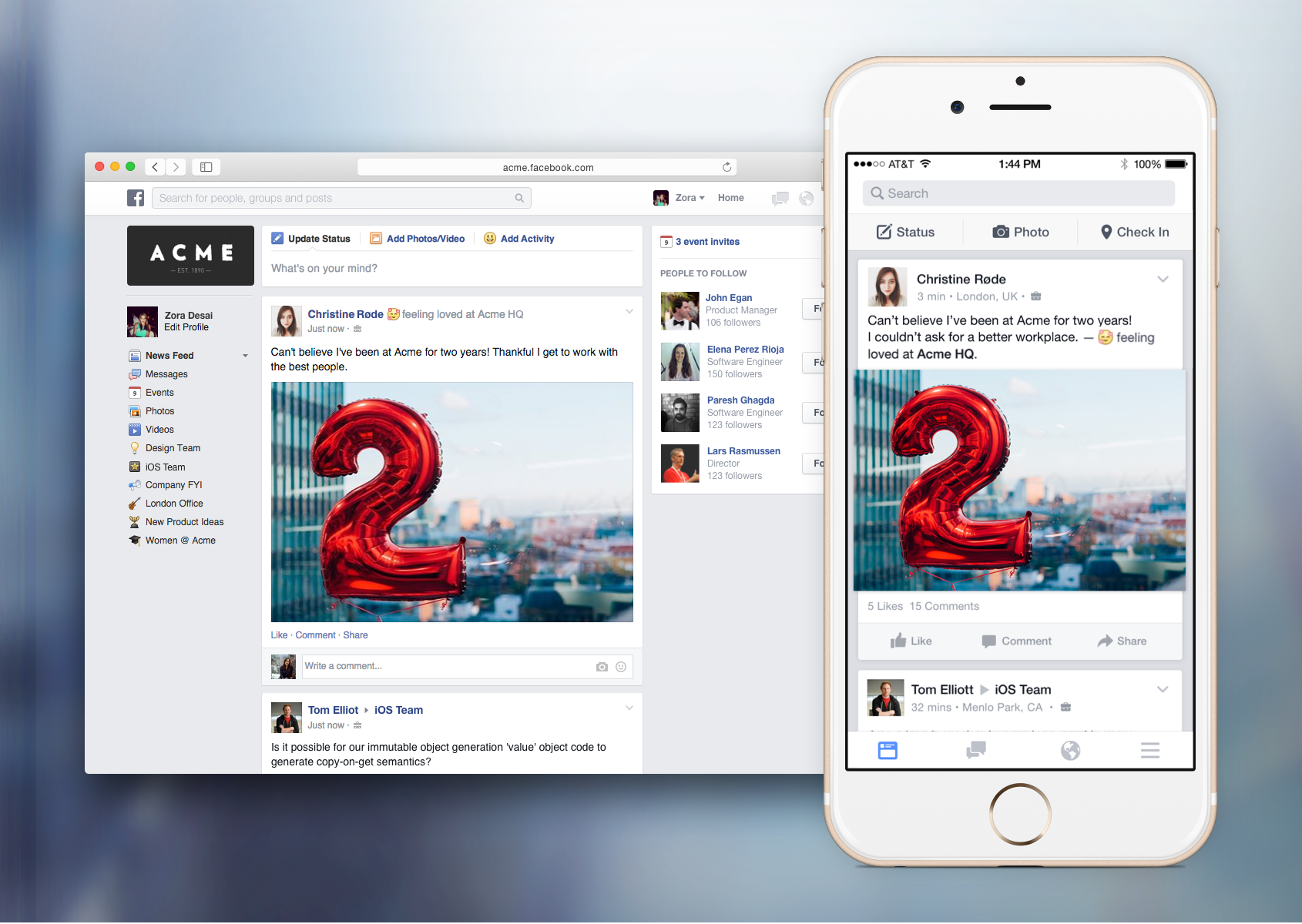 Facebook hopes to let coworkers stay in touch with each other similarly to the way they do with friends and family via Facebook. The pitch to companies is simple: There’s no need to learn a new product or service, since most of you are already familiar with the look and feel of Facebook.

Given the stigma still surrounding Facebook’s privacy issues, convincing corporations and small businesses of the above will be a big obstacle. Even if the company pulls that off, however, it will still have to offer features that compete with the likes of Microsoft’s Yammer, as well as Convo and Slack.

One of the biggest areas of interest will be pricing. Facebook has never charged for an app before, and yet serving ads in this case may not be the best solution for an internally-used business app.

Facebook at Work is still very much an early product, though, hence the limited pilot launch, so we’re not expecting such details anytime soon. Facebook is in no rush and merely told VentureBeat in an email that it will “share more information in the upcoming months.”