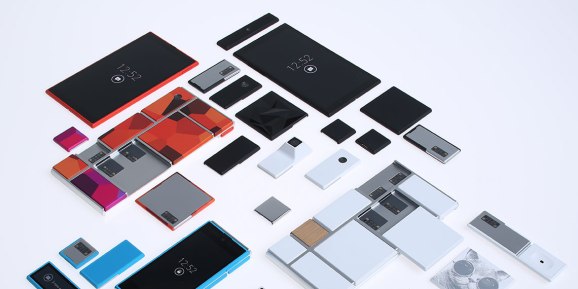 Today Google announced that it plans to publicly launch its first Project Ara smartphones in Puerto Rico this year.

To make this happen, the company is partnering with Ingram Micro, OpenMobile, and Claro. Google plans to distribute the devices through “mobile “food truck”-style stores” in the country.

Google shared the news during its Project Ara Module Developers Conference, where the company plans to spill the future of its mysterious hardware platform for creating modular smartphones.

As for why Google chose Puerto Rico, the company explained its decision in a statement:

Puerto Ricans are mobile first …The carrier landscape is diverse and competitive with U.S., Latin American, and local carriers. As a U.S. territory, Puerto Rico is under FCC jurisdiction so we would continue our work with the FCC on a regulatory approach for Ara. Puerto Rico is a gateway from the U.S. to the world … It is well-connected as a communications, logistics and trade hub. It has designated free trade zones which we can use for importing modules from developers worldwide. University of Puerto system (all 11 campuses) have joined the ATAP Multi-University Research Agreement (MURA) which provides an agile and flexible mechanism for engaging individual faculty and labs in research to support Ara and other ATAP projects.

As we’ve previously detailed, “Ara will someday let users piece together their smartphones like a puzzle, ‘precisely tailored to their functional and aesthetic preferences,’ says Google. Today we should find out how long it will take for that dream to become reality.”

You can watch the event live right here. For more on what Project Ara could be, check out Google’s teaser video.