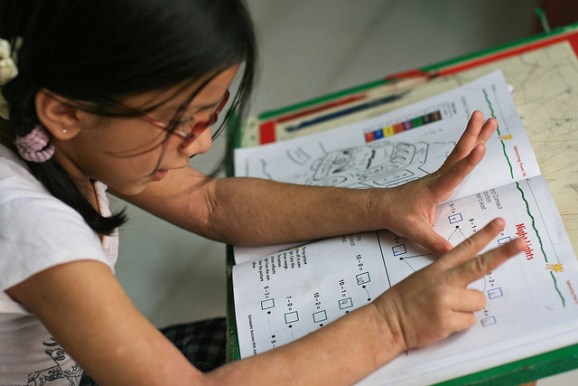 As Silicon Valley struggles to inject diversity into the male-dominated halls of tech companies, a new study suggests that women have a natural head start.

In 70 percent of countries where statistics are available, the University of Missouri’s David Geary and his research team found that girls overwhelmingly outperform their male counterparts. The team had access to a standardized international exam, the Programme for International Student Assessment (PISA), and the scores of 1.5 million students.

“Even in countries where women’s liberties are severely restricted, we found that girls are outperforming boys in reading, mathematics, and science literacy by age 15, regardless of political, economic, social, or gender-equality issues and policies found in those countries,” he concluded.

The researchers don’t hypothesize why women perform so much better, but they do largely rule out environmental factors. Some of the countries taking the PISA treated men and boys as superior to women, and this still doesn’t seem to change the academic outcome.

“Results show that a commitment to gender equality on its own is not enough to close the achievement gaps in global education; the gap is not increasing,” they explain. “Although it is vital that we promote gender equality in schools, we also need to make sure that we’re doing more to understand why these gaps, especially among boys, persist and what other policies we can develop to close them.”

In other words, it’s not a general lack of respect for equality that holds girls back from joining the ranks of boys in college and tech companies. Even in countries where women are not treated as well, girls still outperform their male counterparts. Yet in countries where women do have relative equality, girls still don’t go on in great numbers to study math, science, and engineering in college — even though they have the aptitude for those subjects.

There must be something in the way we educate, the researchers surmise, that prevents girls from getting on the path to a tech career.

Some schools have found that it is, in fact, how classes are taught that encourage or discourage more women in the sciences. The University of California, Berkeley, tried an intro to computer science class that is more collaborative and problem-based, and it achieved a majority of women for the first time.

It’s still an open question if others can replicate these types of successes, but this most recent study shows that women are not naturally inferior to men in math in science. They might, in fact, be naturally better.