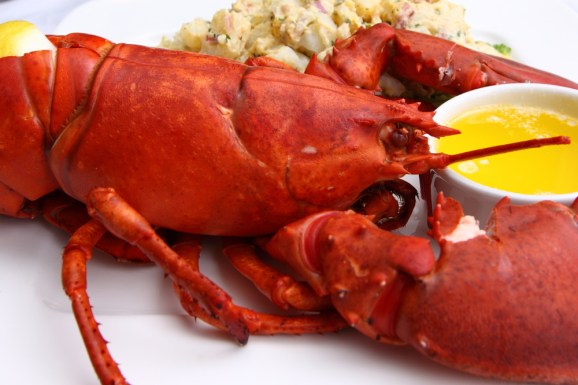 London-based food delivery startup Deliveroo has raised $25 million to beef up its U.K. and global aspirations.

Today’s news comes just eight months after Deliveroo raised a £2.5 million ($3.8 million) round, led by Index Ventures. Index Ventures is participating in this round too, but it’s being led by Accel Partners, with Hoxton Ventures and Hummingbird Ventures also chipping in.

Founded in 2013, Deliveroo differs from other food-delivery companies insofar as it focuses on the “premium” end of the cuisine spectrum. While there are many online channels and aggregators for ordering food, they typically don’t offer finer-dining eateries — which is usually because such establishments don’t offer a takeaway service.

Just Eat, another London-based company and a “global version of GrubHub”, IPO’d last year on the London Stock Exchange at a $2.5 billion value. With Just Eat, however, you have thousands of local takeaways signing up to make their menus available to households around the country. And each takeaway uses its own delivery drivers. Deliveroo partners with restaurants but uses its own drivers and cyclists, as it’s looking to bring a more consistent experience to the ordering process.

Though Deliveroo is focusing on the higher-end restaurant market, it isn’t all “lobster and caviar” — but the kinds of restaurants you’ll find on there aren’t typically on other platforms. There are national chains such as Nando’s and Gourmet Burger Kitchen, but then there are also indie eateries such as Ollie Dabbous’ Barnyard and Martin Morales’ Andina.

By managing the technological facet of launching an online takeaway service, and taking care of the logistical delivery side of things too, Deliveroo lets restaurants concentrate on being a “sit-down restaurant” while cooking additional orders for those who prefer to sit down at home.

However, there may be downsides to working in this way — surely it takes longer to grow and scale when you’re providing the transport infrastructure to make the business work. Deliveroo has mainly operated in London so far, and it has yet to reach all neighborhoods of the city. But it also recently expanded to cover Brighton, and it will be launching in Manchester this week too.

Despite any scaling limitations, Deliveroo today claims 50,000 people use the service regularly. And with $25 million more to play with, Deliveroo is now looking to grow “aggressively” across the rest of the country and into international markets.

The model itself is perfectly simple, and it’s one that can be scaled with the right investment. And this is why a company with a relatively small impact thus far has managed to add $25 million more to its coffers.

“Deliveroo is one of the fastest growing companies in our portfolio,” said Martin Mignot from Index Ventures. “The main reason behind this growth is its win-win-win proposition. Customers get access to good food they couldn’t get delivered before, restaurants increase their revenues, and hundreds of drivers generate new income.”