Curioos, a curated online marketplace for art prints, is introducing its first native mobile apps today, on both Android and iOS.

Curioos collates and collects the crème de la crème of artists’ work from around the world into a single place, helping those interested in buying pieces of art find the best out there. Or, at least, the best according to the Curioos team.

What’s perhaps most interesting about Curioos is that it began life as a simple Tumblr blog, before the business potential was realized once the blog garnered thousands of followers. As it happens, Tumblr itself just launched a new program that lets artists sell their art to advertisers, while its sister service Flickr — also owned by Yahoo — recently opened its wall art printing service globally. But we digress. 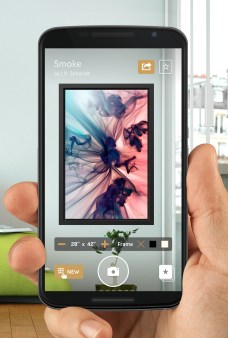 Curioos isn’t looking to open up to any old user-generated content — with its arrival on mobile, “curation” remains very much the name of the game. But the main benefit it’s hoping to add to its existing Web-based service is that it will now let you see what a piece of art will actually look like on your wall.

Users download the app, choose the piece of art, hold their device up to a wall, and see what it will look like — at the same scale — with a choice of different frames.

You can also take a photo of how it will look and share with others, which could be useful if you need to convince anyone that a specific print will look awesome above the fireplace.

​While augmented reality has yet to take off in a big way, and has suffered somewhat from a “gimmicky” reputation over the years, it has been lending itself to increasingly more practical use cases in recent times, particularly with the advent of mobile phones and e-commerce.

Other art-centric companies have helped shoppers visualize artwork with augmented reality too, but Curioos is placing a focus on the quality of the digital rendering of the artwork, with images captured from every angle.

Certainly, based on our tests, the quality was very high — you can move in with your device from an angle, and you can see how it will look close-up and side-on. 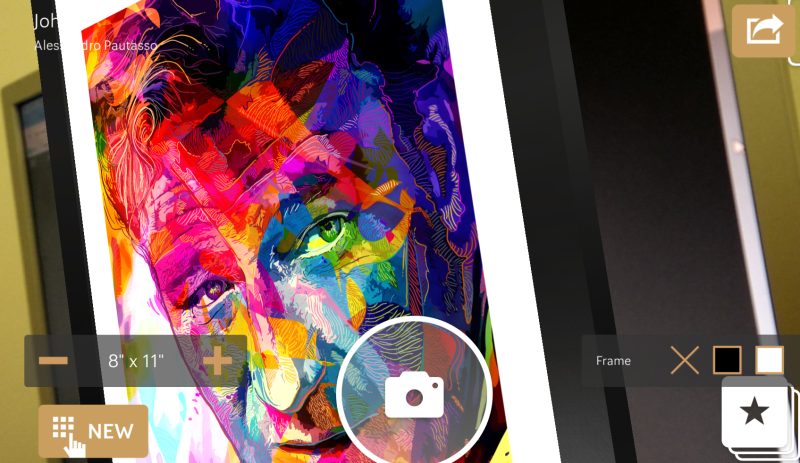 Today’s launch comes less than three months after the New York-headquartered startup announced a new $1.9 million funding round, which was in addition to a $500,000 seed round raised in 2012.

Up until its most recent funding round, the company was headquartered in Paris, France but with the New York-based Conegliano Ventures behind the latest cash influx, a move to the Big Apple made sense.

Today, Curioos has 10 employees, five of whom are still based in Paris, with the other half, including CEO Matt Valoatto, in New York.