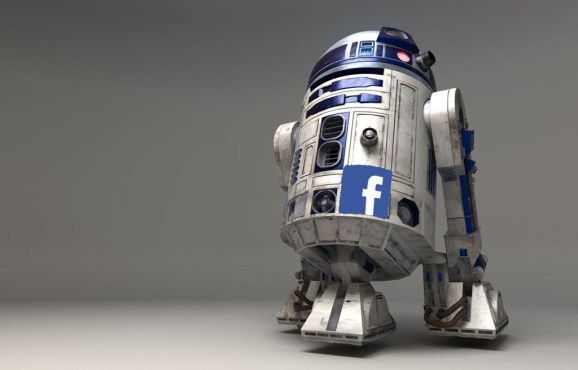 Facebook, that company with a globally popular social network and data centers to run it all reliably, is apparently interested in “industrial automation and robotics.”

The company has been searching for a person to work as an electrical engineer focused on robotics at its Menlo Park, Calif., headquarters, according to an undated job posting. Facebook has been seeking someone for this sort of role since August, if not earlier.

“This person will be responsible for designing electrical system[s] and circuitry for Industrial Automation and Robotics development,” the job posting states. The successful applicant will join Facebook’s Strategic Engineering and Development team.

The results of the person’s efforts could be deployed inside the massive server farms Facebook counts on to store and serve up user information.

“Data Center experience a plus,” states the job posting, which is listed under Facebook’s Data Center Design and Operations group. Facebook currently employs ordinary humans to perform maintenance on servers and other hardware inside its data centers.

Facebook declined to provide VentureBeat with more information about the position.

The right person for the job ought to have “10+ years designing electrical systems for industrial automation, vehicles, or robotics,” Facebook said.

The engineer will be expected to “own the electrical design of several hardware systems” and “select and assemble components to make a working reliable system,” according to the post.

Facebook has already expressed an interest in autonomous devices. Last year Facebook launched a Connectivity Lab, after hiring people from a drone company called Ascenta. That Connectivity Lab has been hunting for engineers to staff up its Woodland Hills, Calif., office.

Autonomous vehicles have been in the news lately. Most recently, Uber said it’s starting a research and development facility for self-driving cars in conjunction with Carnegie Mellon University.

And for more than a year now, Facebook has been operating an artificial-intelligence research arm. Yann LeCun, the head of the group, has worked on mobile robots in the past.