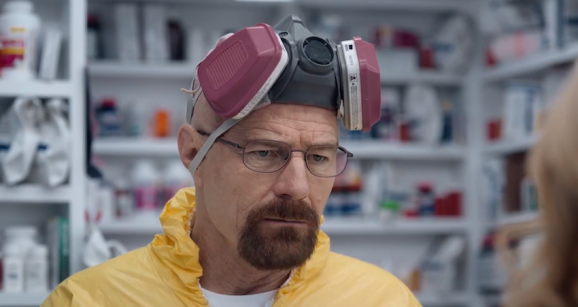 One of the Super Bowl ads for Esurance.

This year, the Super Bowl show seemed to have more of a split personality than usual.

On the field was the year’s conclusion to what is arguably the roughest professional team sport on the planet — and it ended in a brawl.

Threaded throughout the game, however, there was one high-end commercial after another depicting what a loving, caring, we’re-in-this-together world we live in.

Making girls more confident, the love of a lost dog, “paying” by calling your mom, and many more — ad after ad competed to see who could give the most convincing vision of a nicer world.

On Friday, we published their predictions for which ads would come out on top, which focused on pre-game online releases of a full ad or teasers for an ad.

While it nailed the top winner, Networked Insights whiffed on the next two. It had predicted Skittles and Carl Jr.’s Burger, in that order. In fact, the Always and Microsoft commercials took the second and third spots.

(Some brands, such as Microsoft’s, had two commercials sharing the same hashtag, which Networked Insights used to search for social comments. In those cases, both commercials shared the same brand ranking in the list.)

Last year, the firm’s pre-game predictions pinpointed the top three ads that generated the most positive comments through Super Bowl Sunday — even though less than half of the brands had previewed ads online.

This year, no such luck. Networked Insights vice president of analytics Jaime Brugueras pointed out that Always’ and Microsoft’s ads had not been in online previews.

The final top three, he noted, all “had a strong emotional connect, with a focus on the kids and family.”

Budweiser’s “Lost Dog” pulled heartstrings as a dog reunited with a family. Always’ “Like a Girl” connected with viewers who “shared the sentiments [of the] young girls,” Brugueras said. One of Microsoft’s ads depicted a legless boy who was empowered to walk through technology. The other showed children on a bus equipped with tech gear.

The social media reaction to Nationwide was perhaps the most interesting. There has been backlash to its ad depicting all the wonderful moments of a young boy’s life that he will never have, because he died in an accident. The theme — many accidents are preventable — generated huge negative reaction to the thought of a young child dying.

A Twitter user named Amos Posner tweeted: “Maybe Nationwide was trying to get you to take out life insurance on your children? Because children have ‘accidents.'”

In fact, Salesforce’s analysis of Super Bowl ad social comments found that more than three-quarters of the comments for Nationwide were negative.

But another user, Chicago Tribune columnist Phil Rosenthal, posted: “Nationwide’s ad is right. Accidents are the No. 1 killer of kids…all the way into their 40s.”

But he noted that Nationwide as a brand generated “significant buzz” overall. Even though only a minority of the “accident” ad was positive, that turned out to be a lot of positive comments — leading to 13th place, plus sixth place for the Mindy ad.

Here, then, is the final 2015 Networked Insights ranking by increase in positive comments: