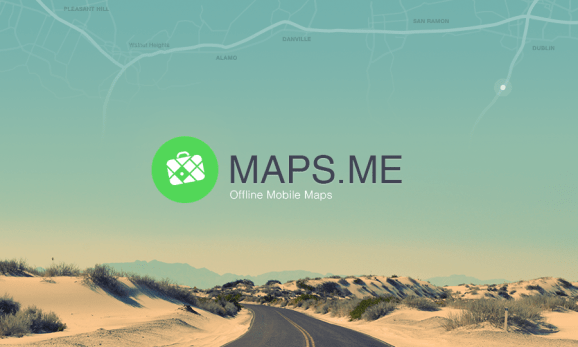 At first glance, taking on Google or Apple in the mobile maps arena seems like a crazy proposition. And yet, Maps.me, which was acquired by Russia’s Mail.Ru late last year, intends to do just that.

“We believe that the maps market long-term is a very attractive market,” said Dmitry Grishin, chief executive of Mail.Ru, in an interview. “We think it will really be good to bring options and choice to consumers.”

OK. But how do you take on not one, but two established giants with almost limitless resources?

Launched in 2011, Maps.me relies on crowd-sourced information to update its map, which users can download and use for free even when offline. Maps.me gets its information from OpenStreetMap, the open-source mapping project that counts about 1.8 million people as contributing members.

Grishin believes that over time, as more people get more phones, they will continue to increase their contributions to OpenStreetMap. The results, he argued, will be higher-quality maps that Apple and Google will have a hard time matching, even with all their investments and resources.

To accelerate Maps.me adoption in the meantime, Mail.ru decided to make the application free after it had previously cost $4.99. According to numbers released today by the company, Maps.me grew from 7 million installs to 14 million in the six weeks after it was bought by Mail.ru.

Going forward, Grishin says Mail.ru is going to start integrating more services with maps, such as e-commerce, games, and its other products.

“We believe in this kind of integration,” he said. “Right now, we’re only in the beginning of how this can work.”

But in the U.S. alone, according to Comscore numbers from August 2014, Google Maps had 64.49 million users and Apple Maps had 42.07 million.

Maps.me has a long road ahead before it can close those numbers. But the fact that it’s trying is a reminder of just how vital maps remain to the future of mobile.