A new leak today from Korea shows the Samsung Galaxy S6 smartphone — which will likely debut at Mobile World Congress — will be as thin as the iPhone 6.

Sammobile got hold of a fairly detailed schematic that’s consistent with the other leaks that have surfaced in recent weeks. For example, the placement of the ports, buttons, camera sensor, and heart-rate monitor look the same as those in previous leaked images.

The hotly anticipated S6 is expected to be the object of an event on March 1 in Barcelona, Spain. Samsung sent out invitations to media earlier this week. 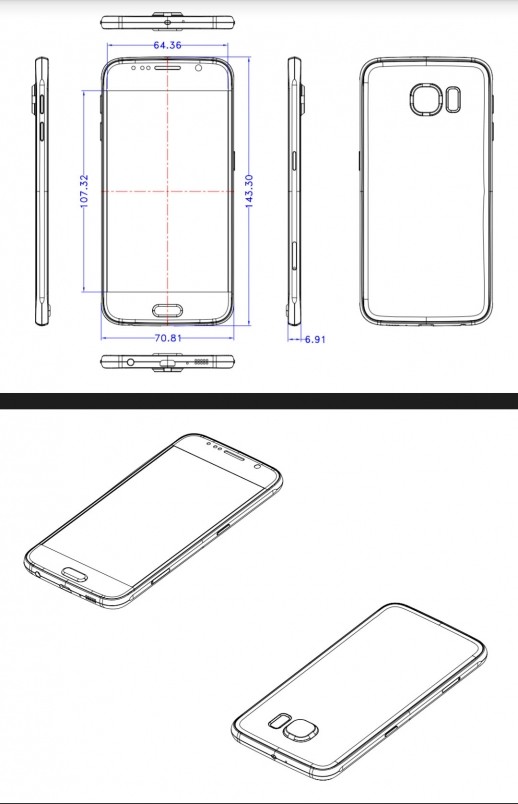