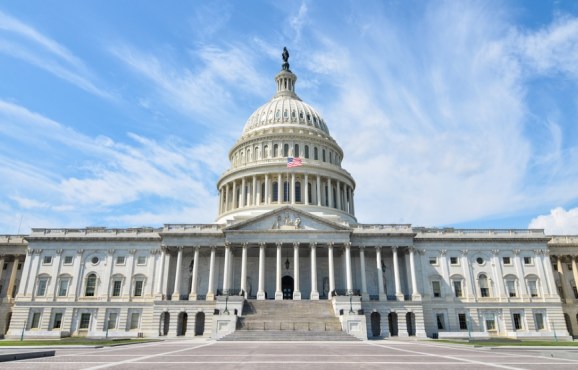 You’ve got a new digital initiative you want to implement and you need the powers that be to cut you resources and budget to make it happen.

But given the resistance that substantive workplace changes always meet with, you’re going to need more than a good, sound argument. Because there’s always going to be someone in the company whose interests conflict with your plan. You can’t get a vice president of training and development to adopt a learning management system on the promise of lowered costs if it ultimately leads to the downsizing of her department.

It comes down to politics. And that’s why the contentious Keystone XL Pipeline bill that Congress has been fighting over for about five years, has a lot to teach us.

In case you’ve been zoning out on the Keystone XL squabbles, here’s a very brief overview of what’s been going on.

If the pipeline gets built, it’ll carry a more corrosive grade of oil than Brent Crude through the U.S. heartland. In addition to the transportation risks, Canadian tar sands oil extraction leaks more methane into the atmosphere than conventional drilling, and converts the area from which it’s harvested into a wasteland.

Keystone XL would adversely impact the environment, but given the number of pipelines we have in place already, it’s definitely receiving a disproportionate amount of attention and has grown into an issue that punches well above its weight class.

But the real issue here is climate change. And the fear is that more long-term capital investment in fossil fuel infrastructure “locks in” dangerous emission levels for decades to come that we can’t afford. The idea is you can’t dig your way out of hole. At some point, you have to stop digging. Increasingly, for U.S. voters, Keystone XL appears to be that point.

But as is the case in change management, a politically shrewd minority can stifle plans that don’t support their own, personal economic interests. You can’t get a chief human resources officer to implement the internal collaboration features of an intranet on the promise of increased employee engagement if he’s afraid it’s a risk to governance or compliance.

You need a lightning rod issue that’s too risky for that minority to speak out against publicly.

That’s what U.S. Senator Bernie Sanders did when he attached an amendment to the Keystone XL bill that asked senators to vote on simple language stating whether or not they believe climate change is really happening as a result of human causes.

It’s a question Republican senators have been reluctant to answer “because that would require doing something about it, which would lead to — and this is crux of the issue — new laws and regulations that interfere with the free market,” wrote Francis Barry.

Ninety-nine out of 100 senators voted that they agreed climate change is anthropogenic, with Senator Roger Wicker from Mississippi the only climate change denier. It’s one thing to question pro fossil fuel campaign contributors, or Bill O’Reilly for that matter, on whether climate change is really happening. But when it’s a vote on the Congressional record, it’s not so easy to wiggle your way out of it in the future.

You can use the same approach to grease the wheels for change in your organization. The corporate record, an analog for the Congressional record, exists in the form of talent management systems. Those systems include internal social networking features that can be used to collect and archive votes for and against new initiatives. What if you used simple language to define the obvious benefits of your change initiative and used your talent management system to collect and store those votes?

It’s easier to get everyone to vote in the affirmative that online training improves access and lowers costs, or that internal collaboration platforms improve productivity and employee engagement, than it is to win budget and resources.

You can neutralize opposition to change by getting votes for and against the obvious benefits of your change management initiative — your lightning rod issue — on the record.

Neutralize the influence of your opponents by requiring them to declare their decision in a forum that will require their defense for years to come. That prospect alone may compel them to reconsider their position. But the issue they vote for has to be absolutely, unequivocally simple.

We’re all becoming more concerned about public records, particularly when they’re digital. The Spiral of Silence has shown we’ve become more cautious than ever about committing controversial opinions or ideas to the social web, where they can be easily retrieved by employers or where they require ongoing defense and clarification to our online connections. Who has the time?

Voting records are powerful instruments of change and they can be used to weed out dissent for change management initiatives too. That’s the lesson from the halls of the U.S. Senate.

Eric Schwartzman is a digital strategist who leads teams in the delivery of digital marketing initiatives. He is the strategist behind online social media training provider Comply Socially and online newsroom management service iPRSoftware. He is author of “Social Marketing to the Business Customer” and has extensive experience providing content marketing, lead generation, search and social optimization, and education technology services to senior leaders at multinational corporations, global nonprofits, the US Military, and federal government agencies. You can follow him @ericschwartzman.