With the Surge, Fitbit takes its first steps into a new category: the fitness watch.

I’ve been wearing the Fitbit Surge for the past week, trying to get a feel for how well it performs and fits into my own fitness habits. Overall, I think the device is worth most of its $250 asking price. But I had a couple of problems with it, as you’ll see below.

Fitbit is the No. 1 seller of fitness-tracker bracelets, and its products so far have been very good, especially with the very strong Fitbit app. (I find it to be one of the best-designed, easiest to use, and fullest-featured of all the fitness apps I’ve seen so far.)

The new watch arrives in a set of three new Fitbit products, the other two being the $130 Charge and the $150 Charge HR. 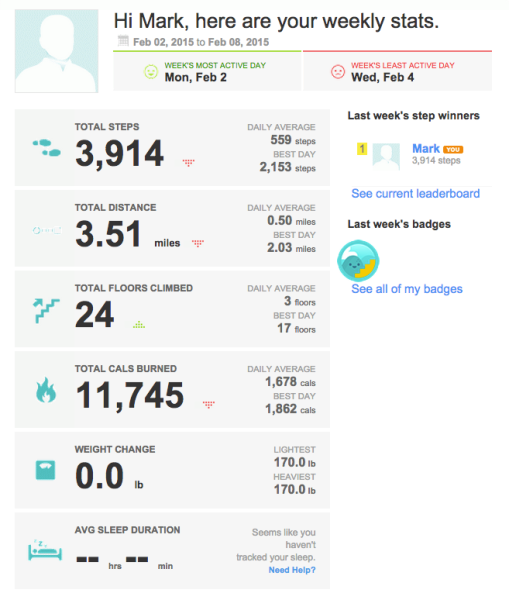 Aesthetically, the watch looked imposing on my small wrist. The Surge comes in three sizes to fit various wrists, but this applies to the band only — the watch body is always the same dimensions.

The Surge itself is more than an inch wide, and at its top end it rises to approximately three-eighths of an inch above the surface of the wrist. It tapers from that high point to a width of roughly a quarter-inch on the edge of the watch closest to your face.

This is actually a nice design innovation. Not only does it tilt the watch face up toward your eyes, but it creates some additional room inside for a bigger battery.

Like the new Charge HR bracelet, the Surge has a heartbeat sensor on its underbelly. The oval-shaped sensor protrudes slightly from the back surface of the watch so that it presses into the skin a bit. This, in theory, can create a more accurate reading of the wearer’s true average heart rate. The monitor reads the heartbeat once every second during exercise and once every 5 seconds during normal use.

And that brings me to my one major beef with the Surge. As I’ve used fitness apps more, I’ve come to think of wearables as things that collect biometric information to feed into the app. The software wants to know your average heart rate throughout the day, for instance, and it wants to know what’s happening with your body while you sleep. So it’s important that you wear the wearable for long periods of time.

I had trouble wearing this for long periods of time because I wasn’t totally comfortable with the band’s feel. It’s made of a rubbery material that felt like it was grabbing at my wrist and pulling at my arm hairs. I have little trouble with the thinner bands on other Fitbit wearables, but the combination of the material used in the Surge’s band, and that there’s just more of it, caused problems for me.

To be fair, part of this is subjective and personal. Other reviewers have had no problems with the feel of the Surge’s band. (Maybe they just don’t have as much arm hair as I do.) 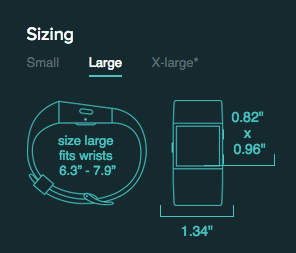 One of the nice things about the larger “watch” design is that there’s room for a GPS radio inside, along with the extra battery its needs to power it.

I took the Surge out on several little excursions to see how well the radio actually worked, and found that the thing stayed connected with the satellite almost all the time. This worked well while biking, walking, or riding in a car. I could see my route and stats in the Fitbit app on my phone when I got home.

On the Surge’s default screen, you can swipe back and forth to see time, steps walked, heart rate, miles walked, calories burned, and floors climbed.

Click on the big button on the left side of the watch and you’ll find the Surge interface’s four main screens: Run, Exercise, Alarms, and Settings. You slide from side to side to reach any one of these and then slide down to see the contents of each.

This setup will be fine for people who run a lot. But if you mostly do yoga, you may feel like you have to do a lot of scrolling and tapping to get your program started.

The two small buttons on the right side of the watch select various options in the workout programs.

I give every fitness wearable I review the “sweat test”; that is, I wear it to the gym, sweat all over it, and then test the responsiveness of the touchscreen. Most fail this test, and the Surge was no exception. It took several swipes to get any action out of the touchscreen — enough to wipe some of the sweat off the surface.

The Surge also has some smartwatch-like features. Text messages and call alerts from the paired phone show up on the little screen. You can also control the music player on your phone — if the two devices can make a Bluetooth Classic connection, that is, not just Bluetooth LE.

The battery life isn’t terrible, but I wished for a little bit more. I don’t see how Fitbit estimates the battery will last seven days without a charge. The battery life was considerably less, especially because I was testing the battery-sucking GPS features. I was charging the device every three days or so.

I don’t think I’m quite the right user for a Surge. The size of the watch and the feel of the band would ultimately be a deal-breaker for me and my scrawny wrist. I’m not a huge runner, but if I were, I might like the Surge a lot more — the interface and functions seems right for them.

In any case, the Surge is a solid first stab into the fitness watch space for Fitbit.