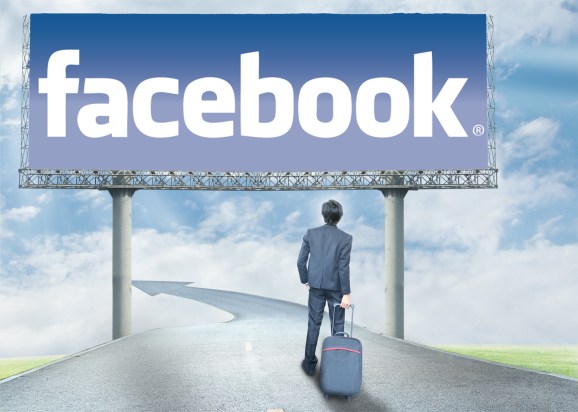 In December, CEO Mark Zuckerberg walked that statement back, insisting that the company requires “real names,” although he didn’t define what he meant by that. “There are a lot of online communities that are separated from reality and the world. That we ask everyone to use their real name kind of grounds it to reality and ties it back to the person’s real identity,” Zuck said.

But Facebook is repeatedly reneging on its October promise. For Native American author Dana Lone Hill, it said her name doesn’t meet its guidelines, and then it required documentation. For punk music writer Legs McNeil, it required a more legitimate-sounding name. For video blogger Jay Smooth, it briefly suspended his account and then reinstated it when Smooth, who has quite a following, complained about it on Twitter.

Sure, the company is willing to accept library cards or student IDs as acceptable proof, so technically speaking, it’s staying true to its promise that it doesn’t require legal names. At least the company isn’t asking for passports or driver’s licenses. But that seems like a quibble, since it’s starting from the presumption that someone has to prove their identity, rather than letting people choose their own identities.

It also makes people like Dana Lone Hill wait for months while it reviews the documentation they’ve submitted.

Of course, you can cut to the front of the line if, like Jay Smooth, you have enough of an online following to turn the story into a potentially embarrassing PR gaffe.

Whenever Facebook gets called on this behavior, it says each individual instance was a mistake. But this is a repeated pattern. The “mistake” excuse does not hold water.

This is not responsible corporate behavior. This is the behavior of a company that says one thing publicly and does something completely different in daily practice. And that daily practice amounts to making people wade through paperwork and long wait times — or, if they’re Twitter famous, they can get a quick fix and a public apology.

In theory, it makes it easier for marketers to target individuals when Facebook holds the keys to their real identities, but so far Facebook has shown good faith in managing personal identities.

Instead, I think the policy comes from Zuckerberg’s stated intention: Real identities help keep people accountable for what they say online. It’s what prevents Facebook from devolving completely into a cesspit of name-calling and threats made by anonymous trolls using disposable accounts.

Twitter, as it happens, is a perfect example of what happens when people can use any name they want, with no consequences. It’s no coincidence that #GamerGate flared up and turned into a pathological witch hunt on Twitter, not on Facebook.

If Facebook doesn’t want to turn into Twitter, however, there may be solutions that fall short of requiring identification but still provide some accountability. Here are a few ideas:

I’m sure I’m just scratching the surface. A little creativity here would go a long way. So would a little sensitivity to the variety of names and identities people use in the real world.

And, mind you, implementing some of these techniques would also help Twitter find a balance between its laissez-faire approach to identity and the swarms of trolls that threaten to poison the network for the rest of us.

At the end of the day, Facebook may not be the best choice for people who, as many of us do, have multiple identities. For instance, sometimes I’m a father and husband; sometimes I’m a writer and editor. Fortunately, there are multiple social networks, and the way I manage these identities is by using some networks primarily for personal use and some primarily professionally.

But if it adjusted its real name policy — and lived up to its public statements about that policy — Facebook might become a more welcoming place for people who don’t fit neatly into one “official” identity all day long.