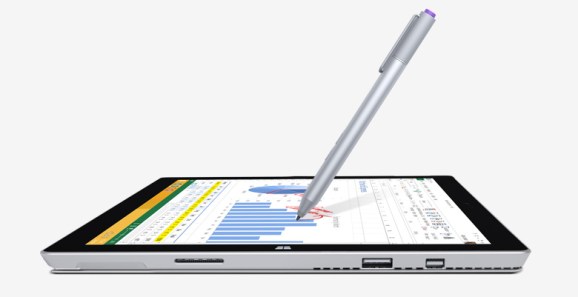 Microsoft has reportedly snapped up Israel-based digital pen-maker N-Trig for “at least $200 million.”

N-Trig has been setting out its stall in recent years to make touchscreen displays more versatile by enabling them to respond to input from both fingers and pens — not one or the other.

The acquisition has yet to be independently confirmed, but it wouldn’t be surprising in the slightest. Microsoft led a $24 million investment round into the company back in 2009, leading to a 6 percent ownership, and just last year N-Trig replaced Wacom as Microsoft’s default digital pen on the Surface Pro 3 tablets.

Indeed, the stylus in question supports 256 points of pressure, and is designed to minimize latency — this means no lag between a user “drawing” and the mark actually appearing on their screen.

N-Trig has a team of almost 200 workers, who will now move to Microsoft’s local Israel arm to form a new R&D center, according to Reuters which cites local publication The Calcalist as the source.

Founded in 1999, N-Trig has garnered more than $150 million in funding to date, and has hubs in North America, Japan, Taiwan, and China, in addition to its headquarters in Israel. According to Israel’s Globes publication, N-Trig’s value was around the $200-300 million mark in 2011, but this seemingly fell by $117 million in 2014. Late last year, N-trig cancelled a planned IPO after failing to achieve the value it sought.

While Microsoft has been a key partner for N-Trig, the Kfar Saba-based company has also provided its touchscreen technology to Lenovo, Sony, and Fujitsu, covering tablets, phones, and laptops.

We’ve reached out to both Microsoft and N-Trig for confirmation of this deal and will update here.