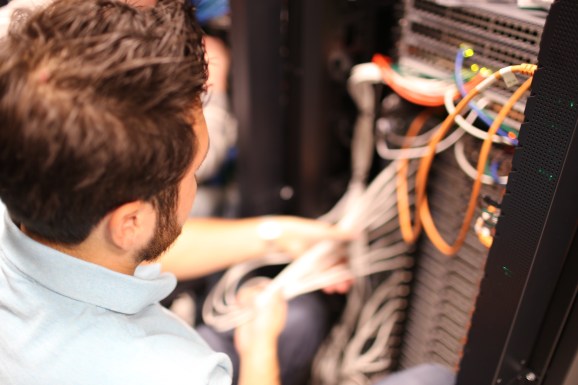 Dave Brisoli, the infrastructure development and data center operations person at DigitalOcean, wires up a new rack at the company's NYC3 data center in New York.

While you’re enjoying yourself on Valentine’s Day, geeks are patrolling data centers on behalf of major tech companies and cloud providers.

Day after day, they are the unsung heroes. They’re sort of like the sound engineers at a concert or the security guards at a museum, except you’ll probably never see them, and they can have a far greater impact. Their efforts ensure that applications remain functional for millions of people. This grunt work is pretty much always taken for granted.

Which is why we’re giving some love to the people who are actually working in data centers today, on Valentine’s Day. It’s a day they presumably could be having fun with people they love instead of tending to IT gear. See for yourself what these folks look like, and find out what they’re doing. Oh, and if you do meet one of these poor souls, be nice and say thank you. 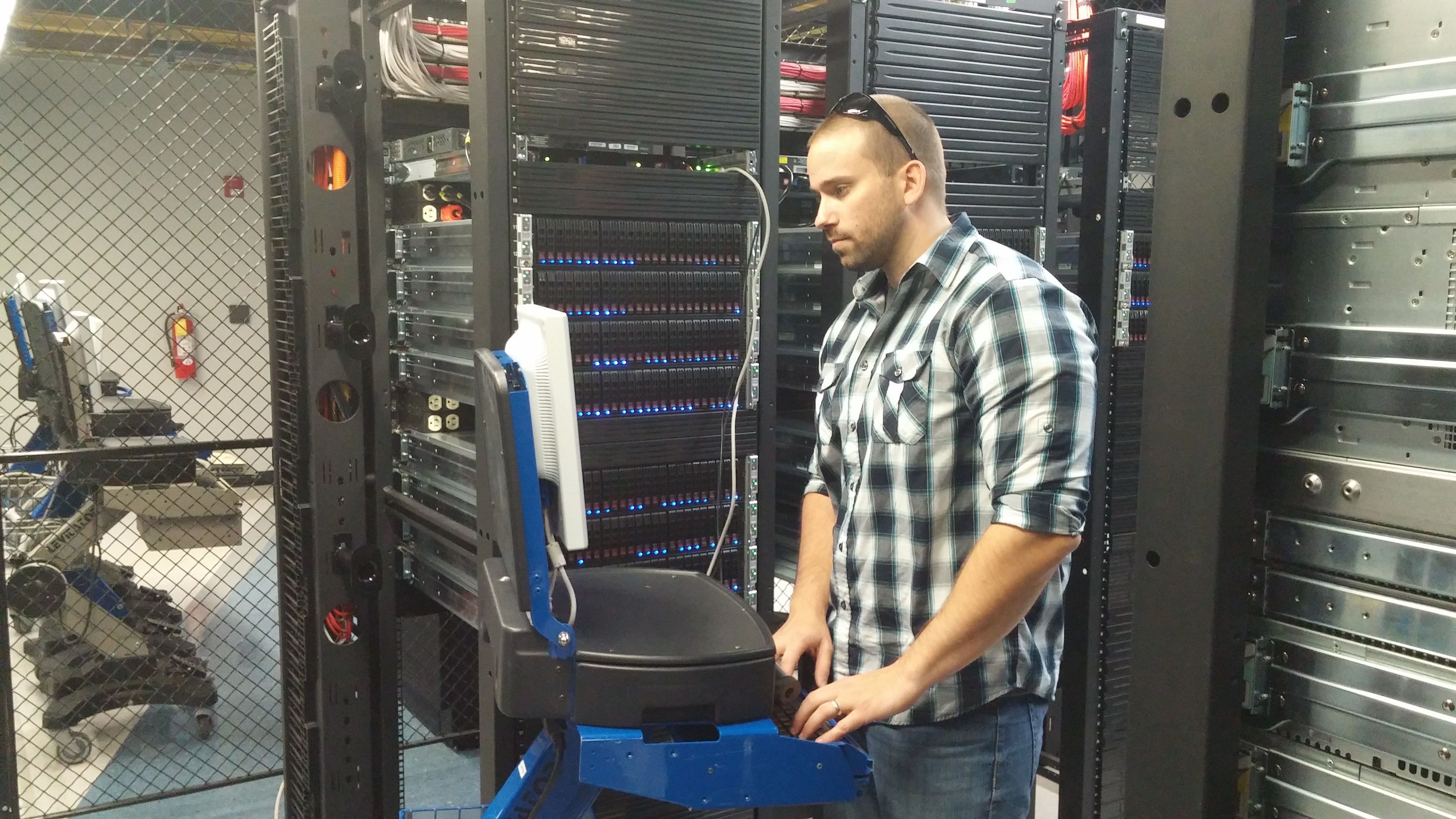 Haines will be upgrading hardware to enable Atlantic.net to start using new billing software. It’s a good thing to do on a day when traffic isn’t overwhelming, as the hardware will be upgraded in stages.

“Mr. Haines chose Valentine’s Day because it’s a weekend and the traffic will be low because it’s a holiday,” an Atlantic.net spokesman told VentureBeat. “His wife, Julia, understands this is part of the business her husband signed up for, and they celebrate this special occasion on a different day when things aren’t as busy.” 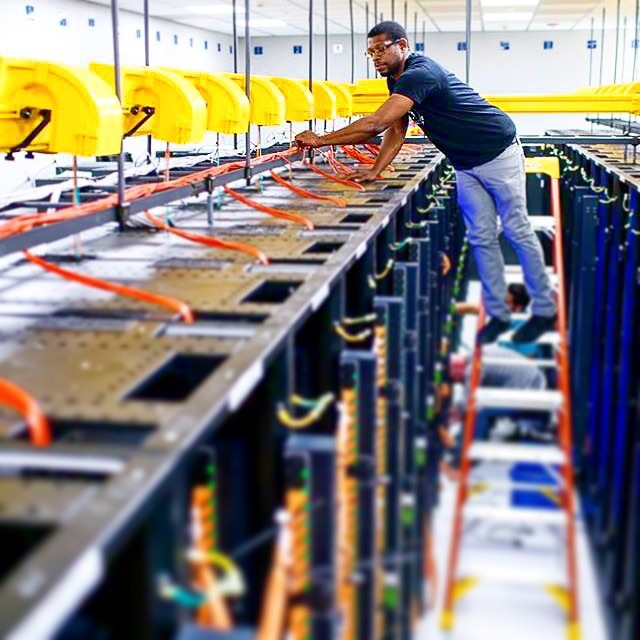 And my personal favorite … 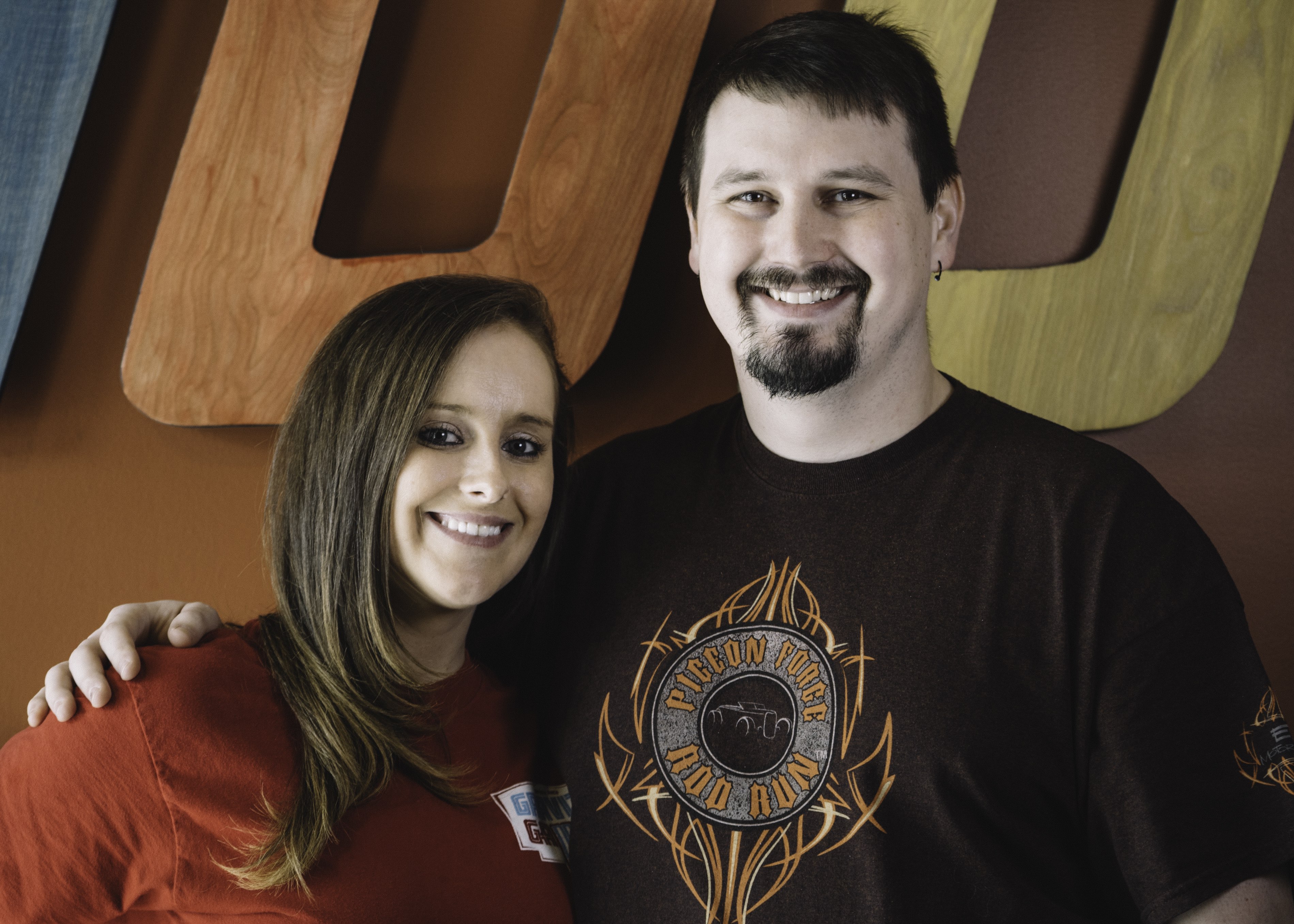 Harmon and others on her team at Google’s Lenoir, N.C., data center “specifically focus on physically repairing many server and network components that runs Google services,” she wrote in a message to VentureBeat.

Cheek works at the same facility. “My daily work may consist of diagnosing server hardware, network issues, or leading small project teams to remove any obsolete hardware,” he wrote.

Cheek and Harmon are engaged.

“When it comes to celebrating Valentine’s Day, we normally take a whole day to ourselves and just spend time together — we feel that time spent together means more than any gifts given,” Cheek wrote. “Since we’re working this Saturday, we plan to take Monday off, and, being movie fans, we will go to one of those dinner-and-a-movie theaters in Charlotte. Then, to make a whole day of it, afterward we just walk around and enjoy the city as well as each other’s company.”