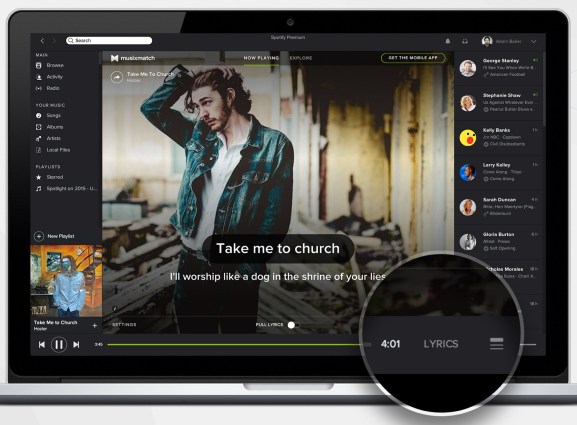 Spotify is targeting would-be karaoke stars with a new feature that encourages you to sing along to songs at your computer.

Starting from today and rolling out gradually over the coming weeks, Spotify will be introducing lyrics to its desktop app, which will be powered by Musixmatch — a platform that provides officially licensed lyrics via its API.

Musixmatch has actually offered full Spotify support before, via its own Musixmatch mobile app, as well as through a Spotify-specific app. Now, however, Spotify is bringing Musixmatch front-and-center by reeling its gargantuan lyrics database directly into the main Spotify client.

So now you can sing along to your heart’s content without any half-hearted mumbles to disguise the fact that, well, you don’t know all the words to your favorite tunes. You will see a lyrics button assigned to each track you listen to — hit that, and you’re good to go.

This also offers a potentially intriguing monetization proposition for Spotify. You may remember the company introduced video ads for “free” users back in September, which was an interesting move given that it’s an audio-centric platform.

While the branded video ads do only play when the Spotify client is open (as opposed to minimized), there is never any guarantee that a user will be watching the screen at the time the ad plays. With lyrics mode enabled, however, the company stands a better chance of knowing when a user is watching the screen. As such, brands may be more inclined to pay for video ads if Spotify can demonstrate it knows it has a user’s full attention.

Other notable updates introduced with the latest version of Spotify for desktop include new daily viral charts that reveal the most shared tracks in your region and globally — this is an evolution of the existing weekly viral charts it launched last year. 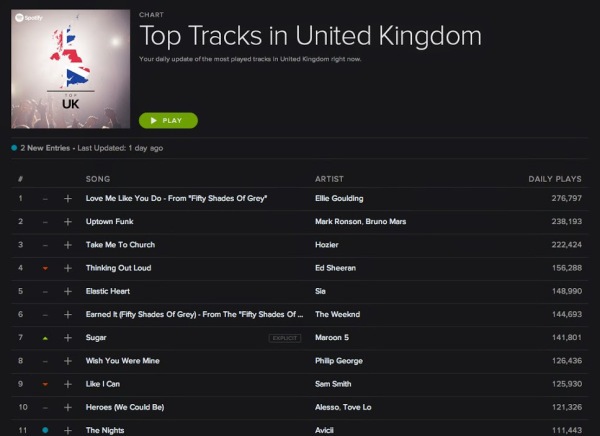