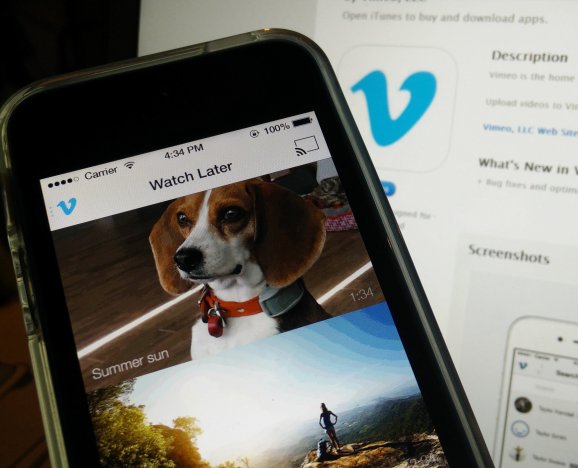 In what can only be described as a long time coming, video-streaming platform Vimeo is finally introducing support for Chromecast — but the bad news is it’s only available on iOS for now. The update will be landing in the App Store today.

Support for Chromecast has been touted since the summer of 2013, just after Google launched its HDMI-enabled streaming dongle; however, it has hitherto failed to materialize. Google launched Chromecast internationally last March, kicking off in Canada, the U.K., and nine other European countries. Many of the top TV and movie apps now support Chromecast around the world, including Netflix, YouTube, BBC iPlayer, and HBO Go, with Vimeo a glaring omission on this front.

Vimeo often lives in the shadows of YouTube, but it has 30 million registered members and sees north of 170 million people arrive on its site each month. It’s also seeking to differentiate itself from the pack by focusing more on exclusive content, powered in part by an on-demand platform that lets creatives sell or rent their content.

Above: Vimeo with Chromecast

Besides its native mobile apps and website, Vimeo has been available through a range of connected devices and dongles for a while, including Samsung Smart TVs, Apple TV, Roku, Xbox 360, and Amazon Fire TV. Now, you can add Chromecast to that list, though the omission of Android for the initial launch is a little perplexing, given that Chromecast and Android are both Google technologies.

So why not Android? Well, a Vimeo spokesperson tells us that it’s largely down to “bandwidth” — the company has a relatively small mobile development team. However, the iOS-first approach is indicative of the company’s user base; it seems Android lags behind iOS for Vimeo. No timescale has been given for Android support, but we are reliably informed that Vimeo will be shifting attention to Android “in the coming months.”

Android users can still leverage Chromecast with Vimeo using the dongle’s built-in “cast screen” feature that mirrors your mobile screen. This is only compatible with some Android tablets and phones, though many of the most popular ones are supported. It’s not quite as slick and seamless as a native Chromecast app, but it works well enough.

Meanwhile, you can download the updated Vimeo app for iOS now.