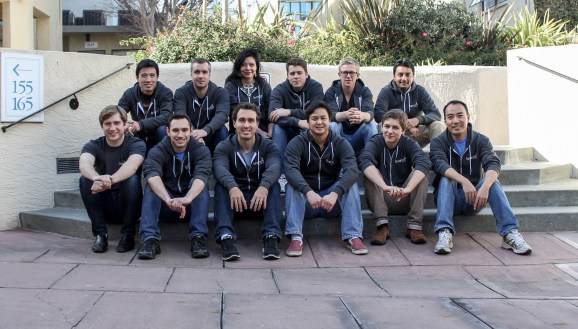 The Branch team on their home turf in Palo Alto.

The company won both the judge and audience votes in the Mobile Innovation main stage pitch competition here Wednesday night. 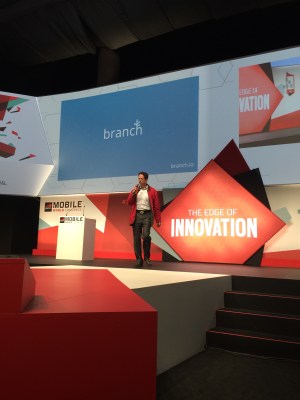 Above: Branch Metrics onstage at MWC.

Branch provides a platform that lets app developers and marketers link mobile users into a specific place in an app, instead of simply launching the front door of the app. In this way it makes mobile more like the web. But while deep linking happens by default on the web, it takes some technical wizardry to do on mobile devices.

Deep linking can help brands get more app installs, and lets them track data through the sharing and install process. Branch also enables attribution for every install and personalized, seamless onboarding of new users.

The competing companies gave a three-minute pitch in front of a large audience, and a panel of mobile experts then engaged them in Q&A. Judges and audience members were polled to select the top innovator. Branch Metrics took 31 percent of the audience vote for the win.

The Mobile Innovation competition featured mobile companies from industries including data, health care, infrastructure, and commerce. Judges called Branch a “mold-breaker” — a company that not only disrupts but creates a new category.

Its current customers include HotelTonight, iHeartRadio, and Instacart.