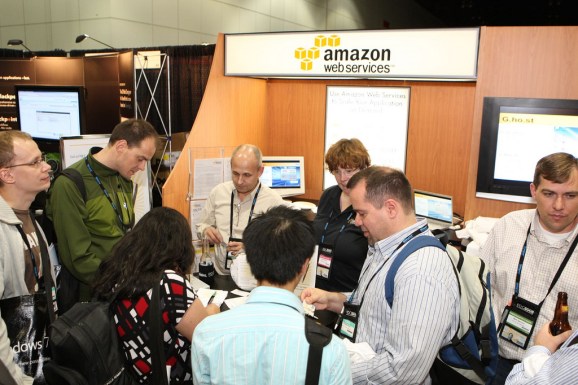 Amazon.com has acquired 2lemetry, a startup with a system for sending, receiving, and analyzing data from Internet-connected devices.

“We can confirm that Amazon has acquired 2lemetry, and we look forward to continuing to support 2lemetry customers,” an Amazon Web Services spokeswoman told VentureBeat in an email. She would not tell VentureBeat how the team or technology would be integrated into Amazon. (TechCrunch originally reported on the deal.)

But given the startup’s ability to work with data from devices following various protocols, it’s reasonable to speculate that Amazon may see in 2lemetry’s technology a starting point for a new cloud service that could make it easier for applications to pull in or set rules about information from Internet-connected devices — or alternatively a way to flesh out an existing tool, like the Kinesis service for stream processing. It could also align with Amazon’s recently announced event-driven Lambda cloud service. Interestingly, Amazon gave 2lemetry a preview of Lambda last year, and 2lemetry employee Ryan Burke ended up describing Lambda as “a perfect complement to our real-time data services.”

Generally speaking, the acquisition could help Amazon gain an edge on public cloud competitors like Microsoft and Google when it comes to incorporating connected devices into applications.

To date 2lemetry has raised at least $9 million. Investors include Salesforce Ventures.

Last year the startup brought to the Salesforce AppExchange app store a service called 2lemetry Integrate, which enables companies to work with data coming off of devices with Salesforce. The service could allow Salesforce customers to create cases inside Salesforce’s software based on device data.

2lemetry started in 2011 and was based in Denver. The startup was a member of the industry group AllSeen Alliance.