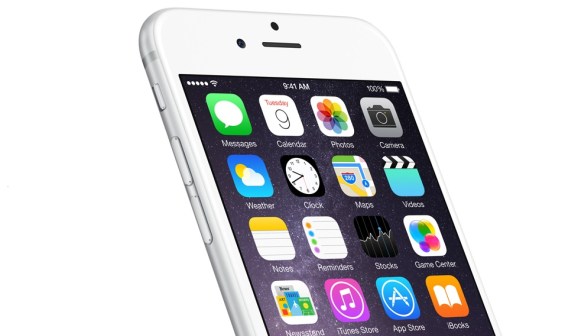 iOS 8 brought some welcome improvements to the iPhone experience, but after a couple months of using it, I have a growing list of frustrations. Apple employs some of the best designers around, so it’s hard to believe that these issues weren’t considered before release. Here’s just a part of what you got wrong, Apple.

I use my phone a lot. If I had to unlock my phone with a fingerprint or passcode every time I picked it up, I’d waste a lot of time. Security is good, but so is efficiency. If I disable Touch ID and use the old passcode system instead, I can manually set how long the phone must sleep before it requires me to enter the passcode again. I can choose to balance security and convenience by setting it to lock after 5 minutes, 15 minutes, or an hour rather than immediately upon sleeping.

But when Touch ID is enabled for unlock, I have only one choice of when a sleeping phone triggers this security: Immediately. I wish unlocking a phone with Touch ID was as fast as simply swiping to unlock, but it isn’t, especially when factoring in how frequently Touch ID requests that I “try again”. That adds up to a lot of wasted time. I don’t want to give up on Touch ID unlocking altogether, as it is indeed more efficient than typing a pin code. I just wish Apple would let me set a “Require Touch ID” time with the same options that are available to me with the “Require Passcode” options I have when Touch ID is disabled.

How many times have you swiped your iPhone to unlock it and then kicked yourself for having just erased that long list of push notifications on your homescreen you intended to review? Apple tried to introduce a way to re-access that list back in iOS 7. It failed miserably and overhauled the setup again for iOS 8. But Apple still just doesn’t get it. The iPhone now displays messages in blocks ordered by the most recent notification. So if I got a Gmail notification one minute ago and the most recent emails before that were an hour ago, all those Gmail notifications would display ahead of an AmEx fraud alert push notification from two minutes ago.

I wish Apple would allow me to view all my notifications in reverse chronological order, as they’d appear if my phone happened to be locked when they came in.

3. All or Nothing Location Permissions

“Never” or “Always” should not be my only choices for granting apps permission to receive my location. iOS provides a third location permission option — “While Using the App” — and Apple vaguely encourages developers to request the least amount of access they need.

But take a quick scan of the Location Services settings in the Privacy section of your iOS device’s Settings. Way too many apps that don’t need always-on access are nevertheless forcing me to choose between “always” and “never”. Why does Priceline, my go-to last-minute hotel app, need to know where I am at all times? Why does the Delta app? Why does Fandango? This is poor protection of my privacy, a potential drain on my device’s battery from all the GPS activity, and just plain old bad design. Apple’s review process should reject apps that request “Always” when “While Using the App” would give the user an identical experience.

4. No Mute Toggle on the Lock Screen

When I’m on a call, I often hit the power button to lock my screen so I don’t accidentally hang-up or otherwise mess up the call. Now, other than hanging up, the one function I’m most likely to access during the call is mute. Particularly during a conference calls, I’ll toggle it off and on maybe a dozen times, sparing the other callers from my own background noise. I shouldn’t have to swipe open to the full phone screen to do that. If I’m on a call, there should be a mute button right there on the lock screen when I hit the home button. The standard lock screen lets me pause iTunes if it’s playing or open up the camera. Apply that same logic and convenience to the call lock screen.

On the big screens of the iPhone 6 and iPhone 6 Plus, the standard keyboard blows up proportionally to fill the width of the screen. In some cases, this is too big. My fingers, trained to a smaller keyboard, aren’t finding the keys where I expect them. My typo count has gone way up. Now that Apple has given them access, app developers can and should optimize their keyboards to each size of screen. But for those apps that are not optimized, Apple should give me the option to force a smaller keyboard size.

iOS’s new keyboard is great overall, but autocorrect has gotten space happy, adding in spaces that it should know aren’t needed. Sometimes when autocorrect corrects the spelling of the last word before a period or other punctuation mark that I’ve already typed, it will then add in a space after the word. So I might end up with, “Hello, how are you ?” I have so many other examples of similar autocorrect glitches. Autocorrect should be smart enough to know not to insert a space when there’s already one there, and it should know that a space usually doesn’t belong before a punctuation mark.

The native Camera app in iOS has a timer, which is great. You can set up the shot, start the timer, then get yourself into place… if you’re an Olympic sprinter. The only time options provided by the app are 3 seconds and 10 seconds. That’s just not enough time for most people to get into place for a group shot. There’s plenty of room in the user interface to add more options. Add 20 seconds and 30 seconds, and give me time to get into place without risking injury.

Besides just using the phone, a leading cause of battery drain for power-users is push notifications that light up the screen. I get a lot of notifications from a wide range of apps, and every time I receive one, the screen lights up. I know I can disable notifications for certain apps, but for many apps I just want the notifications to be waiting for me in the Notification Center without actively lighting up my screen. Apple should introduce the option of configuring apps to send “dark push” notifications. I’ll let a few time-sensitive apps light up my screen to get my attention, then set the rest to dark mode to conserve my battery and avoid unnecessary distractions.

Let’s say I want to watch a video on my phone in bed late at night. My girlfriend is asleep beside me, my roommate is in the next room, and it’s quiet. I’m going to turn the volume way down. The video finishes, and I place the phone on my nightstand, alarm set for 9:00 a.m. At 9:30, I finally wake up. The alarm never went off! Actually, I discover, it did, but it was so quiet I didn’t hear it. I shouldn’t have to crank up my system volume just to hear my morning alarm. Apple should decouple the two, with an option to “Always Use Max Volume” for alarms.

Apple Maps is flat out inadequate, but it’s still the only default mapping tool allowed on iOS. Of course, I can install and use Google Maps, but if I click on an address in my Contacts app, it’s going to open in Apple Maps. I don’t have any choice in the matter. To open the address in Google Maps, I have to go through annoying copy and paste steps. I’m not saying Apple should give up on its own maps platform, but until it’s ready for prime time, I should be able to set Google Maps as my default mapping app.

I Tough Love You, Apple

I love iOS 8. I really do. Apple got a long list of things right, but there are a few things that still need some tweaking. None of these problems is hard to fix, which is part of the reason they’re so aggravating. If Apple fixed these issues, I could go on and fully enjoy what it’s done right.

Ryan Matzner is the Director of Strategy at Fueled, a mobile design and development shop based in NYC and London. He has a decade of online and mobile marketing experience, working with clients such as American Express, Condé Nast, Ideeli, Thrillist, HBO, QuizUp, Barneys, and Gilt Groupe. He can be found on Facebook, Twitter, Linkedin.